Back in university, I wrote down my dream: run an NBA basketball team. I was blessed to do it, and for 15 years, led Maple Leaf Sports & Entertainment – which includes the Toronto Raptors.

On the court (ice and pitch), my results fell short. On the business side, things went much better. We invested almost a billion dollars of our own money in infrastructure, including the Air Canada Centre, BMO Field and Maple Leaf Square. But even more importantly, MLSE followed a clear corporate vision and rock solid values. We wanted to win on and off the field. And looking back, it's the off-field wins that meant the most to me.

In neighbourhoods across Toronto, we refurbished rinks and courts. We put on sports clinics for kids. We did what large organizations should: invest strategically with a long-term plan. Some might call this gravy, but to me it's meat-and-potatoes and I'm immensely proud of what we did.

So proud that when I wrote a book, Dream Job, about getting to run an NBA team, I protected a chapter my editor wanted out. It's called "On building a city —one dream, one brick at a time." It was inspired by former Rotman School dean Roger Martin's book, Fixing the Game. He wrote that companies can either chip away at the civic foundation or add bricks to it. MLSE hasn't yet brought any championships to town, but is helping create some future sports champions and lots of fitter kids.

Looking around Toronto today, where is the leader who will champion our city? I asked this before, in a speech weeks before the last municipal election. I lamented then that we lacked candidates with leadership skills like personal values, big ideas and the edge to make the right decisions well.

I lament now that we ended up with Rob Ford and think four years is enough. Because I realized that adding bricks doesn't only apply to companies. It applies to people, too. And we deserve better than a mayor who measures success by what he opposes and who he attacks.

In my book, I also wrote that I wanted to get involved in the 2014 election. Not as a candidate but as a citizen. So I started to ask people I respect about who they respect, and unexpectedly, kept returning to one candidate.

I had met Olivia Chow here and there over the years. She isn't much of a sports fan and I wasn't at NDP meetings. But over tea one afternoon, we had an engaging discussion about Toronto's future. I came away somewhat impressed and more than a little surprised.

Impressed because of all levels of government, municipal needs to understand bricks best. Not just the bricks of infrastructure that keeps us stuck in long commutes away from family, or businesses unable to create jobs. But also the bricks of neighbourhoods and how services, parks and libraries – you know, gravy – do what MLSE's courts and rinks do: strategically invest in long-term help for people.

Surprised because she challenged my perceptions about who she was. A product of an immigrant family that supported itself through working in a hotel laundry. And despite the partisan news coverage from Ottawa, someone who will find common values and help us build something better together.

The mark of a good mayor isn't calling himself the best mayor ever. Instead, it's having the experience to know that liveable neighbourhoods and prosperity flow from strategically investing. Not throwing money at tactical things, but making that money really work.

Whether she will run for mayor I don't know. Obviously she is considering it. I certainly encouraged her to and happily offered my support. Because I am convinced that on the big picture, she gets where Toronto needs to go.

Defending his visionless agenda, Mr. Ford suggests that throwing bricks at people is how businesses are run. I absolutely know better. Businesses are run by working with people and knowing which bricks to add where and when. Based on that test, I hope Ms. Chow runs, wins and starts building a city again.

Wynne refusal to meet with Ford isn't personal - it's professional
May 11, 2018

Opinion
Toronto’s transit debate is just theatrics. Nothing will get done
May 11, 2018 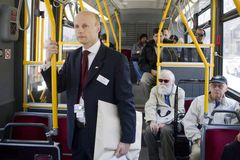 Ugly scene at Toronto council a preview of October election
May 11, 2018 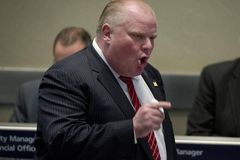 As the Rob Ford scandal gripped Toronto, unemployment quietly surged
June 19, 2017
Follow us on Twitter @globedebate Opens in a new window
Report an error
Due to technical reasons, we have temporarily removed commenting from our articles. We hope to have this fixed soon. Thank you for your patience. If you are looking to give feedback on our new site, please send it along to feedback@globeandmail.com. If you want to write a letter to the editor, please forward to letters@globeandmail.com.
Comments