David Finch is a Calgary historian and the author of more than 20 books on the history of the Canadian West.

The wildfires that forced the removal of about 90,000 people from Fort McMurray last week aren't just an Alberta crisis, but one that affects all of Canada.

Canadian national emergencies in the past have included global events, such as two world wars, the Great Depression of the 1930s and the fight over petroleum in the 1970s and 80s. Those crises brought Canadians together in the first three instances, but pitted them against each other during the energy wars.

The Fort McMurray wildfires have the potential to rally all Canadians to support a national strategy that addresses several threats to our society.

The oil sands industry is important because it makes Canada self-sufficient in petroleum and an exporter of a valuable commodity. The oil sands have been a source of controversy in recent years, yet without them Canada would be a net importer of petroleum. Since 2007, synthetic oil from the Alberta bituminous reserves has provided most of the fuel that powers industry, vehicles and the economy.

In a huge country where petroleum resources are difficult to find, oil production has always been difficult, as James Laxer and Anne Martin observed in their 1976 book The Big Tough Expensive Job (about Imperial Oil and Canadian petroleum policy). Turning sticky bitumen into consumer products is one of the most expensive ways to make oil, but the bituminous oil sands of the West contain an almost unlimited supply of the hard-to-exploit product.

Until renewable fuels replace petroleum and other hydrocarbons, Canada's oil sands are a national treasure – and a Pandora's box.

As expensive as it is to produce, synthetic oil is also difficult to sell as a responsible fuel. Canadians from all regions should put pressure on politicians, regulators and oil company executives to take the lead to improve the environmental footprint of oil sands production and help to improve its reputation.

For several decades in the early 1900s, Canada relied on imported oil and the volatility of international politics. Premier Ernest Manning's prescient support for the exploitation of Alberta bitumen in the 1960s – in the face of a glut of conventional oil – set the stage for the important role it plays in Canada today. National oil companies and independents from around the world have flocked to Alberta to participate.

Environmentalism isn't a dirty word any more. Industry naysayers in the past sometimes offloaded the full cost of their pollution onto the public purse, but regulators, responsible corporations and a more informed public demand higher standards today. Consumers and shareholders expect best-in-class environmental practices along with economic return.

Much remains to be done, but Canada can show the world how to steward bitumen in an environmentally sensitive manner that results in truly wise use. In situ oil sands operations are an improvement over open-pit mines, no matter how well reclamation efforts succeed. And the modest price of world oil today demands innovation, creativity and long-term planning from the corporations that want to partner with the Canadian people in the development of this important resource.

Central planning can help Canadians work together to rebuild Fort McMurray. Workers from across the country labour in the oil sands and send important income to their home communities. And instead of fighting over the spoils to be gained when the price of oil rises, as it inevitably will, the Alberta and federal governments can work together to invest in any new infrastructure with a vision to create a sustainable model community.

No single oil company or government can rebuild Fort McMurray. Much has changed from the early 1900s, when the exploitation of bitumen along the Athabasca River was in its infancy. The petroleum industry can prove it has come of age as it regroups from this disaster, apply its best principles and practices, and call for equally visionary planning and spending from Edmonton and Ottawa.

It's time for a collaborative, reasoned and wise Canadian petroleum strategy that binds us together as a country in the face of challenges to the energy sector. The expensive ice storm in Eastern Canada in 1998 and the costly flooding in Alberta in 2013 were the most expensive natural disasters to date, but the Fort McMurray conflagration will exceed them as an economic setback.

Great projects, such as the Canadian Pacific Railway in the 1880s, the St. Lawrence Seaway and the Interprovincial Pipe Line and the TransCanada pipeline projects of the 1950s, were built in response to economic challenges of unprecedented scope and scale, and with government and private collaboration.

Rebuilding Fort McMurray can go down in history as yet another challenge that Canadians responded to with vision, wisdom and commitment. A national crisis calls for a Canada-wide response. 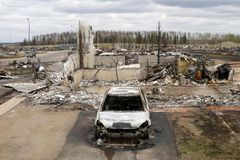 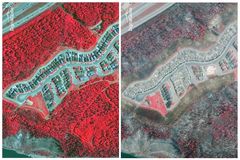