The world reacted with horror and revulsion at the collapse in 2013 of Rana Plaza, an eight-story building near Dhaka which produced clothing for export. More than 1,100 garment workers perished in the collapse; another 2,500 were injured, many seriously. The incident has resurfaced in the news because we have entered the fifth and final year of two agreements aimed at improving the safety of Bangladesh's factory workers.

These agreements have each made important strides but much remains to be done. The majority of exporting factories remain unsafe, and factory owners and the government have recently been arresting and harassing labour organizers.

Bangladesh is the world's second-largest exporter of garments (after China). In response to the Rana Plaza collapse, more than 200 major clothing retailers in Europe and North America quickly concluded that the choice was either to abandon Bangladesh as a source of garments or take responsibility for industrial safety. These major retailers negotiated with the International Labour Organization and quickly signed the Bangladesh Accord on Building and Fire Safety. Among the signatories was the Canadian firm Loblaw, which had a contract to purchase from a factory in Rana Plaza.

The Accord committed signatories to fund inspection of their suppliers' factories and to provide funds for building improvements, where necessary. The inspection reports were made public, revealing that all supplier factories had been labelled "high risk." Non-compliant or overly risky suppliers would lose the opportunity to do business with any signatory retailer.

Because many North American firms objected to the binding nature of the Accord and its open-ended price tag, they founded the alternative Alliance for Bangladesh Worker Safety. Alliance signatories included Wal-Mart, Gap, Target, J.C. Penney and others. It mirrors the Bangladesh Accord on Building and Fire Safety in many ways, but detailed follow-up inspections were not made public (making it impossible to assess progress accurately) and retailers could pull out for a small fee. Loblaw should be congratulated for bucking the North American trend and signing on to the more rigorous of the two agreements.

Signatories to the Accord have concluded that insufficient progress has been made toward adequate remediation. The Accord announced late last month that some brands have agreed to an additional three years of funding and inspection and more are expected to sign on.

By researching the Accord data on the extent of the remaining problems, we found that at the rate repairs have been made thus far, nearly all factory-safety problems could be resolved over the next three years. This accomplishment would be of potential value to several million garment workers and provide a model for what the Bangladeshi government should be undertaking.

The extended Accord also responds to Bangladesh's brutal crackdown on labour organizers and striking workers late last year, when dozens of workers were arrested and some reported being tortured. Factories will be required to undergo training, which includes respect for workers' freedom of association. The Accord is committed to guaranteeing this right, though what else it will do in this regard is unclear.

The Alliance, on the other hand, announced that it has no plans to continue its inspection and remediation activities. The intent is "to sustain a holistic approach to safety upon [the Alliance's] departure." This means that the government will once again take the lead on inspecting factories. It is doubtful that will suffice.

Rana Plaza is the worst industrial accident in the history of Bangladesh and one of the worst in South Asia. The government has instituted a large new bureaucracy for inspecting factories, but this bureaucracy has yet to finish its first round of inspections four years after the collapse. The Alliance – and the brands which belong to it – is comfortable with the status quo. We do not feel comfortable with this and neither should consumers of Bangladesh-made garments. 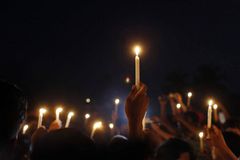 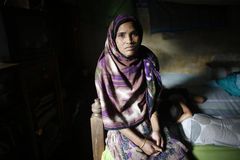 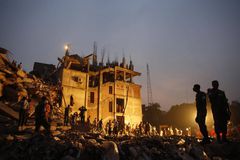