Dominique Moisi is a professor at L'Institut d'études politiques de Paris; a senior adviser at the French Institute for International Affairs; and a visiting professor at King's College London.

After the terrorist attacks in Paris last November that left 130 people dead, there was intense pain and fear in France, but also a spirit of unity and resilience. But since the Bastille Day massacre in Nice, in which an attacker barrelled a truck into a crowd and killed more than 80 people, the dominant feelings seem to be impotence and anger.

The French are frustrated and anxious. They want to feel safe again – whatever it takes. These feelings are entirely understandable, but they don't necessarily contribute to effective decision making.

The "whatever it takes" is the problem. If people feel that their leaders are failing to protect them, they may turn to more radical alternatives; already, populist and overtly racist political parties are gaining traction in France and elsewhere. Urged on by such forces, people may decide to take the law into their own hands.

But the authorities already have a lot on their plate. Trying to protect a population from terrorist attacks while upholding the rule of law is difficult. Individuals, particularly those with mental disorders and a broad interest in violence, can become radicalized quickly, as occurred with the Nice attacker. They may not have committed any crimes, nor established actual ties to radical groups such as the Islamic State, before launching an attack. So authorities can provide no guarantee against further attacks.

There is plenty that can and must be done to strengthen security in France and elsewhere. But the ultimatum that some French are now implicitly presenting – guarantee absolute security, or watch us cast aside the rule of law and basic principles of openness and equality – does more harm than good.

The French, like all people, deserve to feel safe whether they're going to church, enjoying a concert or celebrating a holiday. The question is how to restore that sense of security at a time when the risk of a terrorist attack cannot be fully eliminated.

The answer lies with civil society. Citizens should become more alert to the signs of radicalization, and more educated on how to respond. People should be encouraged to report the possible radicalization of those close to them to relevant authorities, whether mental-health professionals or the police. The goal is not to have people making unsubstantiated accusations against neighbours and friends; it is to create channels through which people who recognize radical or violent leanings in somone they know can report their concerns.

This model has worked for Israel. Despite regular exposure to terrorist attacks, Israelis retain a sense of relative security, owing partly to the ability of civil society to contribute to their own safety. As a result, citizens are willing to respect what Max Weber called the state's "monopoly of the legitimate use of physical force."

France is not on the verge of collapsing into chaos, with vigilantes attempting to take on the terrorists. But the relentless fear-mongering of populists, together with genuinely terrifying, tragic, and infuriating experiences, is undermining people's better judgment, causing them to fall prey to inflammatory rhetoric. With a presidential election next year, there is strong incentive for self-serving politicians to use the victims of Nice as instruments of campaign strategy.

This cannot be allowed to happen. If the French ultimately succumb to fear and elect populist bigots, the struggling Islamic State will have scored a victory. Make no mistake: the Islamic State is losing. Its territories in Syria and Iraq are dwindling, but it has a last-ditch strategy to prop itself up: rapid recruitment. And that would receive a major boost from intensification of anti-Muslim rhetoric or, worse, the election of those who would turn rhetoric into policy.

Islamic State recruiters are achieving success; from Orlando to Istanbul to Dhaka, it has found plenty of supporters who are eager to kill in its name. But as long as the West remains united and principled, IS cannot emerge victorious.

For France and others, the key is collective action, at home and abroad, which will require improved links between internal and external security agencies, together with greater risk awareness within civil society, along Israeli lines. Add that to continued strikes against IS sanctuaries, and its dream of an Islamic caliphate will soon be dead.

Regaining control over our lives and our destinies means being realistic. Instead of demanding a return to a time before terrorism, we must become more alert to the risks it poses – not only to our safety, but also to our values and commitment to the rule of law – and do our part to minimize them. 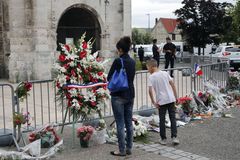