Wednesday's murderous attack on the offices of the French satirical magazine Charlie Hebdo is a reminder not only of the horrors of tribalist political violence but also of the enduring power of images to both inspire and offend. In his thoughtful 2013 book, The Art of Controversy, Victor Navasky, publisher emeritus of The Nation, convincingly argued that political cartoons are a uniquely potent art form because images jolt the human mind more quickly than almost any other form of communication.

Words travel at the speed of sound, but images travel at the speed of light. As literary critic Hugh Kenner used to say, to read is to riddle. As you read these sentences, you are taking time to riddle them out, to figure out what I'm saying, a process of decoding that takes time to unfold as your eyes move across the page. But if you flip over to the editorial cartoon in this paper, you'll get its gist almost immediately. If you appreciate fine art, you could, if you choose, spend some time on the drawing, considering the craft behind it and the subtleties over which the artist laboured. But such a deeper reading is optional; the quick view gives you the essence of the cartoon.

Cartooning has further power because it's in a language few of us speak. Almost all of us use words, but few draw. If I called you a dolt, you'd have words to answer me. But if a talented cartoonist drew a picture showing you to be a gibbering idiot, it's unlikely you could answer in kind.

In effect, the cartoonist has a voodoo magic to turn us into pincushion dolls, to harm us while robbing us of the power to fight back. But aside from the larger power of cartooning, there is a specific French tradition of scurrilous and shocking visual mockery.

Even before the French Revolution, underground prints circulated showing the clergy and nobility performing all sorts of demeaning acts. Pornographic images of Marie Antoinette were particularly popular. The subversive impact of cartoons was a major concern for the authorities even decades after her execution. In 1829, French interior minister François-Régis de la Bourdonnaye, Comte de la Bretèche, complained, "Engravings or lithographs act immediately upon the imagination of the people, like a book which is read with the speed of light; if it wounds modesty or public decency, the damage is rapid and irremediable." The following year, the French government outlawed attacks on "the royal authority" or "inviolability" of the King's person.

In 1831, the law was used to arrest Charles Philipon, who drew a now-legendary cartoon showing King Louis Philippe's jowly face metamorphosing into a pear ("la poire" is French slang for "fathead").

Facing the court, Philipon asked, "Can I help it if His Majesty's face is like a pear?"

That same year, Philipon's friend Honoré Daumier, France's greatest cartoonist, drew an image of the King as a Rabelaisian giant, sitting on a toilet and eating the food of the poor as he excretes wealth for the nobility. Daumier was jailed as well for that cartoon, and an 1835 law specifically targeting caricature was introduced, on the grounds that, "whereas a pamphlet is no more than a violation of opinion, a caricature amounts to an act of violence."

The law remained in place for decades, leading to at least 15 prosecutions for the crime of cartooning.

There is a strand of French cartoons so over the top that it has no North American counterpart, aside from the underground works of Robert Crumb (who now lives in France, perhaps not surprisingly).

Arthur Goldhammer, a polymathic translator, gave an erudite survey of Charlie Hebdo's lineage in an article for Aljazeera.com. "There is an old Parisian tradition of cheeky humour that respects nothing and no one," he noted. "The French even have a word for it: gouaille. Think of obscene images of Marie Antoinette and other royals, of priests in flagrante delicto with nuns, of devils farting in the pope's face and Daumier's caricatures of King Louis Philippe. … It's an anarchic populist form of obscenity that aims to cut down anything that would erect itself as venerable, sacred or powerful," and is directed against "authority in general, against hierarchy and against the presumption that any individual or group has exclusive possession of the truth."

France's culture of robustly virulent image-making has a downside. To this very day, it's common for French cartoonists to use racist stereotypes of the most degrading form. In French magazines that feature comics, you can see cannibalistic Africans; hook-nosed and avaricious Jews of the Shylock variety; and wily, slant-eyed Asians who look as though they've escaped from a Fu Manchu novel.

Charlie Hebdo certainly trades in such racially incendiary images; a cover once depicted the sex slaves of Boko Haram as screaming, pregnant welfare queens. In their defence, the cartoonists of Charlie Hebdo would say that they mock everyone equally. But in a racially stratified society, making fun of novelist Michel Houellebecq for his smoking and drinking is hardly the same as conflating sex slaves in Africa with welfare recipients in France.

But in France itself, Islam is the religion of the marginalized, those who, even if they are born in France, are seen by many of their fellow citizens as forever foreign.

Within the context of French radical secularism and anti-clericalism, making fun of Islam is perfectly acceptable and, indeed, morally necessary: Like all religions, Islam is seen as inherently oppressive, and so mockery is liberating. But this type of no-holds-barred irreverence can be blind to its own role in maintaining atavistic prejudices.

Yet, to describe Charlie Hebdo simply as a racist magazine is also a simplification: It has done many cartoons making fun of such racist French politicians as Marine Le Pen, who is currently trying to exploit the terrorist attack on the journal. Charlie Hebdo is best seen as an anarchic publication, willing to tackle anything taboo.

Part of what's going on here is the clash of two ancient traditions – that of a subset of fundamentalist Islam, with its long-standing iconophobia; and that of France, with its tradition of aggressive cartooning.

The power of images is at the heart of this story, yet many newspapers and magazines will be afraid to reprint those very images in the process of reporting it. When the violence over the Danish Mohammed cartoons erupted in 2005, many newspapers decided that it was sufficient merely to describe but not reprint them.

The New York Times rationalized this position by saying it is "a reasonable choice for news organizations that usually refrain from gratuitous assaults on religious symbols, especially since the cartoons are so easy to describe in words."

This position is based on the idea that words and images are interchangeable. Yet, we have every reason to believe that images are not just a proxy for words, but have their own unique potency.

A global fight to fortify democracy and security after deadly French attacks
January 9, 2015 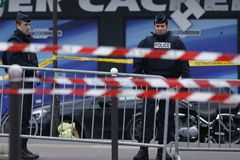 Opinion
Europe’s media must unite and stand against the assassin’s veto
January 8, 2015 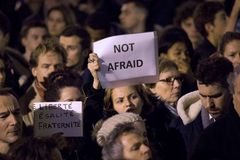 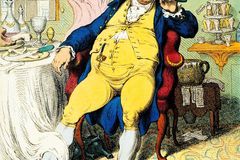