A Pope who invites mothers to breast feed at a baptismal ceremony, encourages young people to experiment and explore, exhorts bishops to have about them the smell of the shepherd, and who denounces in unequivocal terms the pathology of clericalism and the demonic allure of careerism in the priesthood – this is not a man to shy away from risk.

And so when Pope Francis summoned bishops from around the world to gather in Rome for a synod on the family this fall, and when he instructed his staff to prepare a questionnaire inviting serious input from the Roman Catholic world, bishops moved quickly to adjust the generic template to their local constituencies. Information was gathered, sifted and systematized in preparation for the gathering. This was bound to be fraught with risk – actually soliciting data from the Catholic laity, inviting their honest responses to contemporary moral and pastoral issues and finding ways to incorporate this information in a submission to synod authorities was not going to be easy.

After all, if you seriously intend to listen to the laity about a wide range of often controverted and fractious issues, then you must be prepared to act on the data received. In other words, serious consultation (as opposed to cursory and polite solicitation) is serious stuff, both theologically and spiritually.

But there are signs that the papal nerve may be wavering a mite. Vatican authorities have actively discouraged, if not directly forbidden, the public release of the materials gathered. The results of the consultation are to remain sub secreto.

The vast majority of national hierarchies appear to have complied with this classically Roman obsession with "pastoral solicitude" over transparency and openness. And it's not as if the results would be a surprise – various non-episcopal bodies have done their own polling and analysis and published the results.

There are a couple of outstanding exceptions, however, to the near universal deference to Rome's will. The Germans and the Swiss released the results of their consultations, held press conferences, and provided appropriate and frank commentaries. They faced openly the fact that a substantial percentage of Catholics disagree with church teaching on divorced and remarried Catholics, cohabitation, homosexuality and artificial birth control.

These bishops appear to have taken seriously what British columnist, mother and Catholic activist Joanna Moorhead argues is a providential time when "an acknowledgment that the voice of God, the will of God, could be as well discerned if laypeople were involved in the process, as when only male prelates make the call. It is a radical thought in Rome, but maybe, just maybe, it is an idea whose time has come."

The enormous chasm that exists between official church teaching and Catholic practice and conviction among the laity is a known if institutionally embarrassing reality. How to account for it?

The usual trilogy of evil "-isms" – relativism, secularism and materialism – is trotted out with regularity, and church disapprobation is the norm. But pastorally sensitive clergy and enlightened bishops have known for a long time that when a teaching is not "received" by the faithful then the causes are more complex and the need for discernment more urgent.

The German and Swiss bishops are unafraid of facing the pastoral reality squarely. They may have earned Rome's displeasure over disseminating the results of their consultation, but they have earned the gratitude of the majority of Catholic laity, who appreciate being treated as adults.

In the 19th century, Cardinal John Henry Newman, author of the influential On Consulting the Faithful on Matters of Doctrine, responded to Bishop Bernard Ullathorne of Birmingham's query "Who are the laity?" with the quick retort that "the church would look foolish without them."

Indeed. It's time for Francis to recover his nerve. 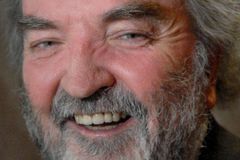 Opinion
If the Pope were really progressive, he'd speak about child rape
February 10, 2014

Opinion
A hard Pope for capitalists to love
January 13, 2014