The two Canadian men who were jailed in Egypt are now free (and not much the worse for wear, they say) and may soon be heading home to heroes' welcomes. I'm glad they're safe. I'm glad our government and our consular officials did their job in extremely chaotic circumstances and got them out in just a few weeks. They're lucky, and I hope they're grateful – although I doubt it.

John Greyson and Tarek Loubani have been portrayed as innocents abroad, humanitarian do-gooders who were caught in the wrong place at the wrong time. This picture is inaccurate and incomplete. The two are hard-core anti-Israel activists who've been mixed up in Middle East politics for years. They should have known what they were getting into.

When they were arrested, the two were on their way to deliver medical equipment to a hospital in Hamas-controlled Gaza. The whole world knew that the situation in Egypt was highly volatile. The government was determined to shut down the Muslim Brotherhood (an ally of Hamas) and unlikely to look kindly on a couple of foreigners who decided to film a bloody crackdown.

The two have a history of grandstanding. Mr. Greyson, 53, is a leader of Queers Against Israeli Apartheid, a noxious group that authorities tried to ban from Toronto's Pride Parade. His gay-themed films, financed with government handouts, have been commercial flops.

In 2009, he withdrew a film from the Toronto International Film Festival because TIFF was going to show some Israeli films. His protest was widely denounced by other film makers. Robert Lantos called it a self-serving stunt, designed to "garner more attention for his film than it would have ever received had it played at the festival." In 2011, Mr. Greyson boarded the Gaza flotilla, another stunt designed to publicize the Israeli-Egyptian blockade of the Gaza Strip. In his spare time, he is employed as a film professor at York University.

Many of the media haven't mentioned that Mr. Greyson is gay for fear that it would go worse for him in homophobic Egypt. But it's no secret; his sexual orientation is very public. The real mystery is how anyone concerned with gay rights could support a viciously homophobic movement like Hamas.

Mr. Loubani, 32, is an emergency-room doctor in London, Ont. Recently, at a public meeting, he noisily denounced a federal cabinet minister for reducing health care for refugees. He calls himself a Palestinian refugee, although he was born in Kuwait. (He immigrated to Canada when he was 10.) Ten years ago, he was arrested by the Israelis in the West Bank and jailed for a few days, along with other protesters. Then, as now, he smuggled a message out of jail (it didn't seem to be that hard), claiming that he'd been brutally beaten. He also staged a hunger strike as supporters back in Canada lobbied the government to intervene.

My read is that these two were troublemakers who knowingly stepped into a volatile situation. They've gotten a lot of mileage out of their incarceration. That doesn't mean they deserved to be in jail, or that the government shouldn't have intervened on their behalf. Its job is to advocate for any citizen who is denied due process by a foreign government – no matter how foolish, reckless or disagreeable that citizen may be.

In this case, the government – one that Mr. Greyson and Mr. Loubani viscerally despise – applied the heat at the highest level. Foreign Minister John Baird even met with his Egyptian counterpart. These two should kiss Mr. Baird's feet. But I wouldn't hold my breath.

Eds Note: An earlier version of this column incorrectly stated that Queers Against Israeli Apartheid had been banned from Toronto's Pride Parade. 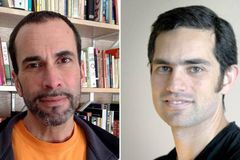 Opinion
I’ve been in Egypt’s prisons. Only strong government action saved me
October 2, 2013 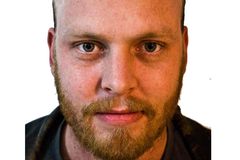