Many Canadian scientists have exceptional abilities, and a fair share of them have made critically important discoveries that have been recognized by major prizes. For example, the late Michael Smith of the University of British Columbia received the Nobel Prize in chemistry for his pioneering discovery of site-directed mutagenesis, a technique through which a DNA sequence is altered in a predetermined way to find out how genes work.

Nonetheless, Governor-General David Johnston and Professor Howard Alper argue in a recent article in The Globe and Mail that Canadians are not sufficiently appreciated on the international stage, and that this situation could be rectified by increasing the volume of nominations for awards, with a view to doubling the number of Canadian recipients by 2017. This is a laudable goal, which is to be applauded – it is a welcome moment when the Governor-General concerns himself with the excellence of Canadian science.

As an immigrant, I have to agree that Canadians indeed tend to be overly modest about their achievements, and certainly you cannot catch fish without your fly in the water, as we fly-fishermen like to say. However, it is worth considering what is required for a scientist to be recognized in the form of a major scientific award.

The essential ingredient, of course, is to do a piece of transformational science, which is distinct from simply doing excellent work. Such a feat usually entails a degree of luck, but also deep and ongoing funding, and often takes a long time to fully gain acceptance. A gap of 20 years or more between the work being done and its general recognition as uniquely important is quite common. Even the nomination process takes time. The Kyoto Prize committee, for example, takes some four years to do the background research to decide that an individual is truly worthy of selection.

I worry that a deadline of 2017 to double the number of major awards given to Canadians is unrealistic, and that failure will be seen by government as yet another reason to cut funding to science. I think the problem runs deeper than the number of nominations for prizes. Rather, we should also be thinking about how best to support the science that will lead to international recognition 10 or 20 years from now.

The ability of Canadian scientists to dream and make the kind of truly innovative discoveries that lead to awards is increasingly compromised by the declining levels of funding based primarily on excellence and vision, and the rise of support for so-called translational and targeted research, which is too frequently of questionable value. Canadian funding bodies are increasingly putting as much weight on non-scientific factors such as socioeconomic benefits as they are on scientific quality in deciding who to support. They are entirely at liberty to do so, but they must realize that this strategy compromises innovation of the sort that will change the world. The kind of funding that allowed me as a young assistant professor to do meaningful science 25 years ago is less readily available today, and without it we will not win more prizes, regardless of the volume of nominations.

In my field of biomedical research, there are a few prizes that stand above all others in reputation, notably the Nobel, the Gairdner, the Lasker, the Kyoto and the Wolf. Of these, Mr. Johnston and Dr. Alper mention the Nobel and the Wolf, and yet the Gairdner is a prize awarded in Canada by Canadians, and indeed has been renamed the Canada-Gairdner International Award in recognition of generous financial support from the Canadian government. Of the recipients of the Gairdner Award, approximately one quarter have gone on to win the Nobel Prize.

It is worth celebrating not only excellence in Canadian science, but also our ability to recognize great science regardless of nationality. Those associated with the Gairdner would likely say that it is the quality of a nomination and, most importantly, the transformative nature of the underlying science that leads to success.

Tony Pawson is a Distinguished Scientist at the Samuel Lunenfeld Research Institute of Mount Sinai Hospital and a professor at the University of Toronto.

Opinion
We need to celebrate our scientists and researchers
February 18, 2013 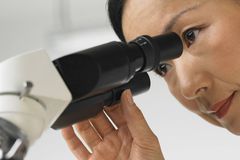