If it's April, it must be "Never Again" time once more. You hear this solemn pledge a lot every April, since the month commemorates not only Holocaust Remembrance Day but the official anniversaries of both the Armenian and Rwandan genocides. Leaders at every level seem to love hearing themselves declare "Never Again." But those who mean it have no power and those with power never mean it. The record speaks for itself.

Last April, in a speech at the United States Holocaust Memorial Museum, President Barack Obama proudly announced his establishment of the Atrocities Prevention Board. "Last year, in the first-ever presidential directive on this challenge, I made it clear that 'preventing mass atrocities and genocide is a core national security interest and a core moral responsibility of the United States of America….' Now we're doing something more. We're making sure that the United States government has the structures, the mechanisms to better prevent and respond to mass atrocities."

Alas, we've heard these noble promises before from his predecessors. In 1979, having spent the previous three years doing nothing to stop the Cambodian genocide, Jimmy Carter swore that "never again will the world stand silent... fail to act in time to prevent this terrible act of genocide." And then Ronald Reagan: "I say in a forthright voice, Never Again!" Yet he was an enthusiastic backer of Guatemalan president Rios Montt, now on trial for genocide against his own people, while renewing the U.S. alliance with Iraq's Saddam Hussein even while Saddam was gassing the people of Halabja – the precise genocidal crime for which he was to be tried, had he lived.

George H. W. Bush told the world that his visit to Auschwitz left him "with the determination not just to remember but also to act." Yet his silence as Serbia attempted to ethnically cleanse Bosnia was so thunderous that his rival in the 1992 campaign declared, "If the horrors of the Holocaust taught us anything, it is the high cost of remaining silent and paralyzed in the face of genocide."

That same Bill Clinton went even further. Opening the Holocaust Memorial Museum in Washington, Mr. Clinton proclaimed that the U.S. had done too little to stop the Holocaust. "We must not permit that to happen again." That was April, 1993. Precisely one year later, for the crassest of partisan political reasons, his administration chose to allow perhaps a million Rwandan Tutsi to be slaughtered in one of the purest genocides on record.

As for George W. Bush, he declared the Sudanese government guilty of committing genocide against the people of Darfur while working closely with that same government on his "War on Terror." And so to Barack Obama, for whom so many held out so much hope.

Following these precedents, Mr. Obama's Atrocities Prevention Board seems to have accomplished little to nothing over the past twelve months. A completely secretive organism, it has not even issued any pronouncements in regard to the world's ongoing humanitarian crises, not least the Government of Sudan's daily bombings for the past year and a half against its own people in the Nuba mountains and in Blue Nile State.

This silence is doubly confounding given that the chair of the APB was Samantha Power, whose bestselling book A Problem from Hell: America in the Age of Genocide was instrumental in documenting America's repeated failures to pay more than lip service to "Never Again."

Members of the APB have even refused to respond to the pleas of more than 50 scholars of genocide studies and human rights activists (including us) in regard to the ongoing crisis in the Nuba Mountains. In a letter to Ms. Power in December 2012, they conveyed their deep concern that the people of the Nuba Mountains and Blue Nile were not only being targeted daily by the Sudan government's Antonov bombers but were also starving, having been forced off their farms and into the hinterland and caves of nearby mountains. The letter called on the APB to urge President Obama and the United Nations to support the establishment of a humanitarian corridor to allow aid workers to deliver food to those Nuban civilians suffering from hunger and, in some cases, outright starvation. We received no reply; the Nubans received no assistance.

The story of the American record of failure is also the world's failure, as demonstrated most flagrantly over the years by the Permanent Five members of the United Nations Security Council. What was learned through the tragedies of Rwanda and Srebrenica and Darfur was that the national interests of China, Russia, France, the United States and the United Kingdom trumped any humanitarian obligations set down in the 1948 Convention on the Prevention and Punishment of Genocide. So genocide prevention activists pushed for more declarations, more structures, more early-warning systems. The General Assembly's Responsibility To Protect was one result, the American APB another, the UN Office of the Special Adviser on the Prevention of genocide yet a third. Non-governmental organizations dedicated to genocide prevention and academics refining the tools of early warning have proliferated.

Yet in the end, all the formalities in the world are moot unless those with the power to stop atrocities also have the will to do so. As the sad case of the Nubans attest, the will remains as elusive now as it did 19 years ago in Rwanda. That's the reality this April, as it has been for so many Aprils past.

Gerald Caplan is author of The 1994 Genocide of the Tutsi in Rwanda, Rwanda: The Preventable Genocide and The Betrayal of Africa. Samuel Totten is Professor Emeritus at the University of Arkansas, Fayetteville. He is the author of Genocide by Attrition: Nuba Mountains, Sudan (Transaction Publishers, 2012). He was last in the war-torn Nuba Mountains this past December and January. Amanda Grzyb is Assistant Professor of Information and Media Studies at the University of Western Ontario, where her teaching and research focuses on media and genocide. She is editor of The World and Darfur: International Response to Crimes Against Humanity in Western Sudan.

Opinion
For Rwanda’s survivors, there is no such thing as tragedy fatigue
April 8, 2013 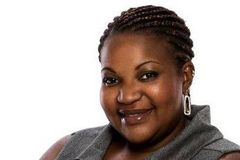