Scientific discoveries have a life cycle. Researchers begin with a germ of an idea and watch it blossom and take unexpected turns, an awe-inspiring, and sometimes frustrating, process that is much like watching a child grow into adulthood.

In genesis, and when newly born, breakthroughs fill us with wonder and dreams of unlimited promise, just like our babies.

As we gain greater understanding, and begin to recognize subtleties and unexpected turns, many perplexing challenges emerge – much like when you have a teenager in the house.

Later, as knowledge deepens and matures, we are able to gauge the true potential of a finding, not unlike the way we watch our children grow into independence, find their careers and confidantes.

When James Watson, Francis Crick, Maurice Wilkins and Rosalind Franklin discovered the double-helix form of DNA in 1953, it opened a whole new world of possibilities, one that grew exponentially when the human genome was decoded in 2000.

Back then, there were starry-eyed predictions about how we would soon understand the genetic basis of all disease and, in short order, fix mutations and eliminate illness and suffering.

Today, we continue to tout the promise of personalized medicine and genetic surgery using tools like CRISPR (Clustered Regularly Interspaced Short Palindromic Repeats). But, increasingly, the advances come with a big asterisk, and the promises with a lot less certainty.

That reality is underscored by an important new study led by Dr. Stephen Scherer, director of both the McLaughlin Centre at the University of Toronto and the Centre for Applied Genomics at the Hospital for Sick Children.

The research team conducted an in-depth analysis of the genomes of 56 volunteers from the Personal Genome Project Canada. The findings and repercussions, which are explained eloquently in a Globe and Mail story by Carolyn Abraham, are as fascinating as off-putting.

Briefly stated, the research shows that our genome – the complete set of a person's DNA, including all its genes – is a lot more messy and unpredictable than anyone could have imagined.

The whole basis of precision medicine is that we can pinpoint mutations and use drugs or other interventions to correct the problems they cause.

But in studying healthy volunteers right down to their three-billion base pairs of DNA, researchers found that a lot of mutations seem meaningless because they didn't predict disease, as expected. People can even be missing huge chunks of chromosomes with no apparent ill effects.

In other words, there are a lot of false positives – mutations that cause no real or appreciable harm, suggesting the genome has a far more sophisticated auto-correct system than we realized.

When the human genome was decoded, it was often described as a rough draft of the book of life or the human alphabet.

We are realizing now that, while we have the alphabet, we are far from having the vocabulary necessary to understand the rich and complex tales the book has to tell.

This has practical implications.

Right now, whole genome testing is most useful for helping unravel the mystery for parents of children with rare disorders; it can provide an answer about the cause, but not necessarily result in better treatment. Yet, it is widely predicted that, in the near future, every child will have their whole genome sequenced at birth, the way prenatal testing is now done for a few dozen identifiable and actionable genetic conditions.

The in-depth analysis of the 56 genomes in the new study tells us that, with our current knowledge, that approach is not ready for prime time.

That's because, while extensive testing will provide more data, it will not necessarily be useful data.

If we fixate too much on genetic analyses – from mail-order DNA test kits such as 23andMe and Ancestry.ca, through to whole genome sequencing – there is a real risk of overdiagnosis. And history tells us that what flows from that is overtreatment, and avoidable harm.

The new research is humbling, but it shouldn't be discouraging. We're still a long way from fully understanding the human genome, but we know a bit more about what we don't know.

The hype about genomics was always overblown.

But two steps forward and one step back is still forward progress. We have to hang on to hope – and keep investing in this kind of research. Achieving potential takes time – in science, as in life – and quite a few stumbles along the way. After all, teenagers don't turn into adults overnight.

Investigation
Cracks in the code: Why mapping your DNA may be less reliable than you think
February 6, 2018 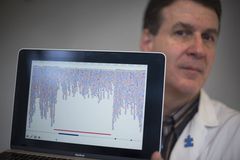 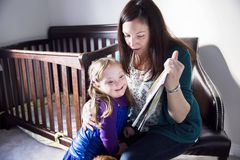 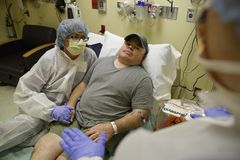