Alexandra Eul is an editor at EMMA, Europe's oldest and largest feminist magazine.

In last week's election, the nationalist, right-wing and – as many critics claim – racist Alternative for Germany (AfD) party gained nearly 13 per cent of the vote and is now the third strongest party in Germany. The 87 per cent of voters who didn't choose AfD have justified concerns about growing racism. The party is known for its nationalist and anti-immigrant stance.

But the AfD is also a rampantly male-dominated bro-club which has declared war on the emancipation of women. Its anti-women stance is largely ignored within the sharp debates about the AfD: Why do nearly six-million people in Germany support a party that supports blatant toxic masculinity?

The AfD's official party platform already had promised to declare "gender ideology" – a term they use for any progressive policy aiming towards the equality of women and men – as "anti-constitutional" and a threat to the "natural differences" between men and women. The AfD, word for word, "rejects efforts at both national and international levels to implement this ideology through instruments such as gender studies, quotas (for example, for women), and campaigns such as the one for 'gender-neutral language.'"

Abortion access and modern divorce laws are as much on the party's hit list as same-sex marriage, which is about to be fully legalized in Germany this week. The AfD wants to change the name of the German Federal Ministry for Family, Senior Citizens, Women and Youth to a "Federal Ministry for Family and Population Development," which will regulate the "population development according to scientific criteria."

Inside the party's populist universe, the place of a woman is just as clear: It's the kitchen.

The party's chair, Frauke Petry, took to her heels right after the election: On Monday – "after a long period of contemplations" – she announced she would not join the AfD in the Bundestag, the legislative assembly of Germany. Instead, Ms. Petry said she wants to serve as an independent member of parliament, focusing on her "conservative policies." On Tuesday, she announced that she is going to quit the party AfD entirely. Ms. Petry is seen as a relatively moderate voice within a party full of far-rights – and she is a woman. The power-driven male AfD-politicians, such as co-leading candidate Alexander Gauland, must certainly applaud the prompt departure of their most profiled opponent within their own ranks.

On the night of the election, Mr. Gauland set the new political tone women and men should expect for the upcoming four years. "We will hunt Ms. Merkel or whoever," he trumpeted into the microphones. The AfD will "take back our country and our people," he said. This is 2017, and a German party is talking about a manhunt again – or, to be more precise, a womanhunt.

The AfD's anti-feminist policies aren't likely to go into effect any time soon – but they will certainly shape the tone in which women are talked about in Germany. One thing is clear: The German media will spread AfD rhetoric willingly throughout the world. And this might encourage the unknown number of secret macho men, who hitherto only dared to rant against emancipated women behind closed doors.

"Mutti must go!" is a phrase we hear a lot in Germany recently. The term "Mutti" is the German expression for mommy; it refers to Ms. Merkel – and it is not meant in an endearing way. Those who voted for the AfD certainly want to get rid of the woman at the top as well.

Women are not well represented in German politics – and the AfD's growing presence isn't likely to encourage them: the Bundestag is overwhelmingly male. In total, women will make up 31 per cent of the new members of parliament, a decrease of 6 per cent and the lowest proportion of women in two decades.

The disappearance of women in German politics and the anti-feminist rhetoric of the AfD will send out a clear signal to all the bro-clubs in the United States, Canada and beyond: If this is possible in the country which is ruled by the most powerful woman in the world – it is possible everywhere. 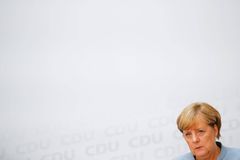 Opinion
How the AfD tapped the psyche of German voters
September 28, 2017 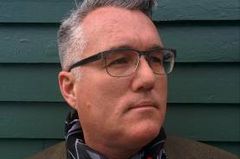