Putting terrorists and terrorist plotters in jail is a good idea. But you cannot just ignore them once they're behind bars or they might start recruiting among their fellow prisoners and we'll end up releasing three violent radicals for every one we imprison.

So far, in Canada, it's just a threat. But European countries have a very real problem, especially with Islamist radicals spreading militant, politically violent interpretations of their religion among the general prison population, and it's a growing issue in the United States. We cannot afford to be complacent.

More Canadians have been imprisoned on terrorism-related crimes in the past 18 months than used to face such charges over decades. Since October, 2008, 14 Canadians have been found guilty of terror-related acts. Some, like Momin Khawaja, Said Namouh, and Zakaria Amara are likely to spend decades behind bars. If, during that time, they convince even one other inmate to adopt their violent ideology, would their original convictions still be touted as a resounding counterterrorism success? To ensure that getting one terrorist off Canada's streets does not inadvertently breed two others, we need a counterterrorism strategy that includes our prison policy.

Of course we must adapt U.S. and European lessons to the demographic, cultural and religious specifics of Canadian life; patterns that affect the spread of extremist ideologies within our society in general also affect prisons. But with that in mind, Correctional Service Canada (CSC) should follow the lead of its European counterparts by producing a prison guide on indicators of radicalization and establishing an extremism unit to monitor trends.

We must also deny extremists access to other inmates by a combination of containing radicals within one prison facility, segregating them from the wider population in regular prisons (and from one another) and displacing them frequently within the system. But we must also be alert to convicts who turn away from a terrorist past, because they can help combat the spread of radical ideas to other inmates. It requires a sophisticated understanding of our terrorist prison population and detailed assessments of each inmate.

Third, we need to exclude radical religious leaders and texts from prison. Like all Canadians, convicted terrorists have a right to practise their faith. But not to the total exclusion of legitimate security concerns. CSC must employ enough qualified imams to attend to prisoners' religious needs, screen them properly to be sure they are not part of the problem rather than the solution, and train them in confronting extremism effectively. And CSC must scrutinize the literature available in prisons, removing texts that support terrorism and providing ones published by tolerant religious authorities.

Fourth, we need to ensure that a radical's message does not resonate within prison. Working to avoid incidents of religious and ethnic discrimination denies extremists the chance to exacerbate perceived anti-Muslim injustices and attract recruits.

Finally, we must help convicted terrorists reintegrate into society. Since most are not serving life sentences and punishment alone often does not cause an inmate to repent, we need to develop prison programs that help convicts disengage from terrorism and "de-radicalize." It's easier said than done, but we should study international efforts and adapt those that seem effective to Canada's specific needs. And this effort does not stop at the prison gate; since recidivism in all areas is more likely if an ex-convict does not find a proper place in society, we must support NGOs and other groups that facilitate an ex-radical's reintegration into mainstream religious communities.

Ensuring Canadian prisons are institutions of rehabilitation and not radicalization is neither easy nor simple. But it won't get easier if we ignore the problem until it becomes a serious national security concern.

Alex Wilner is a fellow with the Macdonald-Laurier Institute in Ottawa and a senior researcher at the ETH Zürich in Switzerland. He is author of the paper From Rehabilitation to Recruitment. 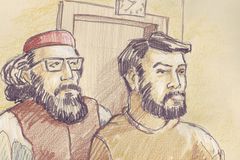 A Crown prosecutor returns to the ring
August 27, 2010 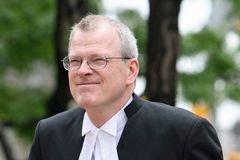