As a worrier, I thought I'd identified all the threats to our society. You know, things like nuclear weapons, climate change, new Justin Bieber records. But now an unexpected danger has crept up, threatening to turn young men into uncontrollable, slavering beasts. This new menace? The bare shoulders and knees of adolescent girls.

Oh, and their bra straps too, which these shameless hussies reveal every time they bend over their chemistry textbooks. Across North America, young women are being reminded that their body parts do not exist to, say, fasten their arms to their trunks or carry them from one place to another, but solely for the purpose of inflaming male desire.

As the temperature rises, the issue is heating up. Just look at what's happened in the past few months: 28 girls were sent home from a high school in Labrador for wearing "inappropriate" bra-strap-baring clothing, which they were told was "distracting" to male students and teachers. In Quebec, a female student who wore shorts in defiance of her school's dress code says she was humiliated in front of classmates, and told by teachers her bottoms didn't reach the prescribed fingertip length. In Illinois and California, middle school students were told that leggings and yoga pants were banned. Leggings and yoga pants: We're not exactly talking about clothes bought at Pole Dancers R Us.

I can't believe I'm saying this in 2014, but here goes: It should not be a crime for a girl to be in possession of a girl's body, nor should any girl feel that she is just a collection of pleasing limbs, put on this earth to be admired. It's been 85 years since five Alberta women brought about the landmark ruling that women are "persons" under the law, and now we're in danger of sliding from "persons" to "parts."

Thank God one of the body parts these young women possess is backbone (even if they're not allowed to show it.) They're fighting back. Students in an Illinois middle school, furious at the rules, put up signs that said, "Are my pants lowering your test scores?" Lindsey Stocker, the Quebec teenager whose shorts were so inflammatory, handed out posters that read, "Instead of shaming girls for their bodies, teach boys that girls are not sexual objects."

This last point is excellent: This new Victorian age is just as insulting to boys, as it assumes they are one-button creatures who are unable to see their friends as people, not parts. It also perpetuates a passive idea of female sexuality, failing to recognize that girls are just as likely to be "distracted" by a nice calf as boys are. I suppose you could put all teenagers in garbage bags with holes for eyes.

A world where girls are taught that their bodies are dangerously seductive leads to a world in which (to cite just a few examples) women lawyers and journalists are told that they are dressed too provocatively for the courtroom, and female politicians are chastised for "too much cleavage" if they don't wear pillow cases to debates. I loved the headline about Australia's former leader, "Prime Minister Julia Gillard accused of 'showing too much cleavage' in Parliament," as if she'd brought a gun to work and not her bosom.

Just this week, a group of enterprising middle and high school students in New Jersey started a protest in the best way they know how, through a social media campaign called "I am more than a distraction." One of the students, 16-year-old Sofia Petros, told the BBC how humiliated she was to be marched into a nurse's office at school to have her skirt measured. "I remember feeling incredibly shamed," she said. "… It's the first time I can remember feeling like I was an object." Other girls offered up forbidden clothing that looked positively Amish – a flowing shirt with a keyhole cut-out in the back, for example. One of the girls in the campaign is a strikingly articulate 12-year-old, Ava Emilione, whose words should be put on a T-shirt (or a tank top, with spaghetti straps): "Girls are more than what they're wearing, they're more than their body parts … Girls are people." 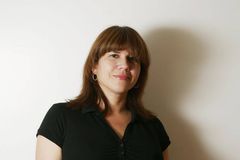 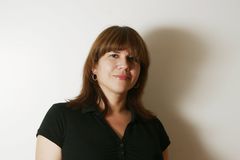