Look for the Liberal government to devote more time and energy to national-security issues in 2017. Not out of choice, but in order to fulfill a long list of campaign promises.

The most imminent issue is the centrepiece of the Liberal party's reaction to Stephen Harper's controversial anti-terrorism bill (C-51). While still in opposition, the Liberals promised to meet any new security and intelligence powers with enhanced accountability. In particular, they pledged to create a new Parliamentary capacity to scrutinize the work of Canada's spy agencies. This promise was reiterated in the party's election platform, and spelled out in the mandate letters for the ministers of Public Safety and Justice.

In June, 2016, the government acted on the commitment by introducing Bill C-22. It will create a National Security and Intelligence Committee of Parliamentarians with special access to classified records and briefings. This was not business as usual but represented an unprecedented step for Parliament and added an important missing piece to the historically ramshackle structure of review of Canada's security and intelligence system.

Widely applauded in principle, Bill C-22 was also contested. It attempted to juggle many competing concerns: how to ensure a prudent degree of executive control, and protect secrets, including those of our allies. It tried to give the committee enough powers to do its job and achieve legitimacy, while at the same time recognizing that the committee would move into uncharted waters and face growing pains. It was a complicated balancing act to be sure.

The writers of this article were all invited to give testimony on the original bill before the Standing Committee on Public Safety. What united us was a concern that the government, in pursuing a laudable objective, had simply gone too far in restricting access by the Committee to secret information and in attempting to control the kind of reporting it could do. We were concerned that the committee's effectiveness and legitimacy could be imperilled by the executive of the government vetoing the release or even the investigation of certain activities because of over-caution about secrecy.

Members of Parliament from all parties appeared to share some of our concerns. The Public Safety committee's hearings on the legislation exemplified, in our experience, a new style of Parliamentary activism – the members of the committee were professional, engaged, knowledgeable and operated in a collegial and non-partisan fashion. They set, in fact, a good precedent for the work of the new committee, once in place.

After hearing from government and non-governmental witnesses, the Public Safety committee has issued a new version of the bill. Some elements of the original legislation remain, particularly around membership on the committee, the committee's broad mandate, and the secrecy provisions that would surround its work.

But the revisions are highly significant. They narrow the circumstances in which the new committee would be excluded from access to sensitive information and provide a more robust set of rules around reporting of its findings. What is now at stake is the contest between a government with a mind to proceed cautiously, and a Parliament that is prepared to go more whole hog.

The government has to decide whether to accept the amendments proposed by the Public Safety Committee, or insist on retention of the Bill's original stipulations with its multiple executive vetoes based on secrecy.

Should the government choose to force a return to the restrictive original bill, it risks potentially undermining a new and historic Parliamentary ability that it has enthusiastically championed. Failure to reach agreement with Parliament on this issue also imperils non-partisan support for future national-security reforms and changes to other elements of the review system for national security.

We urge the government to follow its better angels and give the new Parliamentary committee the proper powers and access to sensitive information to do its job. The risks of allowing the committee to fully enter the secret world and report on its findings are, in reality, few. The corresponding gains are potentially great. One of the things we should have learned in the long years since the 9/11 attacks is that better knowledge is one of the key governmental and public counter-terrorism tools. 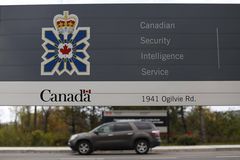 How can Canada condone torture?
November 24, 2016
Opinion
Renewed Bill C-51 questions: Balancing national security with civil liberty
October 17, 2016
Follow us on Twitter @globedebate Opens in a new window
Report an error
Due to technical reasons, we have temporarily removed commenting from our articles. We hope to have this fixed soon. Thank you for your patience. If you are looking to give feedback on our new site, please send it along to feedback@globeandmail.com. If you want to write a letter to the editor, please forward to letters@globeandmail.com.
Comments