Marianne Thuy Nguyen is a Toronto-based design consultant. She came to Canada as a Vietnamese refugee in 1975.

Before my brother was wheeled into a surgery that would attempt to remove a brain tumor he had been diagnosed with at age 28, my parents asked him a question: Did he owe anyone any money? This might sound like an insensitive thing to ask someone on his way into brain surgery, but it was meant kindly. They wanted him to be at ease; they would see to his duties no matter what happened. (It is hard to overstate the seriousness with which duty was treated in our family.)

My brother said he had only one debt: his student loans. He was part-way through his residency, and he had some years to go before paying off his medical school tuition. My parents gasped; they said they would pay it immediately. Any debt was serious, but a debt to Canada, the country that had taken us all in as refugees and given us loans for our education? This was a duty that verged on the sacred. We would repay it as many times over as we possibly could.

Canadians will give thanks for many things this weekend. As someone who boarded a boat at age 12 and travelled from a war zone into a life of safety and possibility, my Thanksgiving list is probably longer than most.

My family almost didn't make it to Canada. On the morning of April 30, 1975 my siblings and I were told we would have to disembark from the Korean ship we had boarded in an attempt to escape Vietnam. It would be illegal, the captain said, for the ship to take us if we didn't have the government's permission to go. Of course we didn't.

While we waited for a dinghy to return us to shore, we worried about how to find a way to get back to Saigon. Before the dinghy arrived, however, another announcement came from the captain. The government had just fallen. Anyone on the ship who wanted to declare refugee status and leave the country could do so. We cried in disbelief. We raised our hands. We were refugees.

Our first glimpse of Canada (en route to the care of my 24-year-old sister who had made it to Montreal) came when our plane touched down in Vancouver. My brother, 13, looked out at the mountains, the ocean, the lakes and trees. "We're going to be fine here. Look! What a beautiful country!"

His analysis might have been based on limited evidence, but the decades since have upheld his observation. In Canada, we thrived. We went to wonderful public schools. We made a diverse group of friends. We learned to skate. We listened to René Lévesque on the radio. We saw Pierre Trudeau and Les Canadiens de Montréal on TV.

All 15 of us went to university (yes, 15: our parents were Catholic). We were funded by a combination of student loans and the money we pooled from our part-time jobs. We all cherished our opportunities, but perhaps my nine sisters and I (including a doctor, a pharmacist, a dentist, an architect and a financial analyst) have savoured them a little extra, knowing that we might not have fulfilled our potential in the same way back home, despite my mother's passionate insistence on gender equality within our household.

It would be impossible to list all the help we received from individual Canadians and from the institutions that Canadians had built together. How to repay the welcome and the kindness that shaped our lives? My brother, secure in the thought his student loan had been repaid, lived another 31 years after that surgery. We pay our taxes. My sister has tended to innumerable Canadian teeth. But of course our gratitude runs deeper than all that.

This year my family, my friends and I are sponsoring a Syrian refugee family. When I watch the news I see people raising their hands just as I once did to say, "We are not safe. We need help." To me this is not only a matter of giving thanks by giving back. It is, like our English classes and our skating lessons, one more sign of integration: a manifestation of Canadian values. My family experienced the values of empathy and compassion in our teachers and professors, in our friendships, in our trips to the doctor, in our lives full of opportunity and free of fear.

Some say Canadians today are less generous than they once were because the response to the Syrian refugee crisis has been so different from the reaction to the wave of refugees of which I was a part. I believe Canadians are as generous and compassionate as they have ever been. True, some are fearful (in my day, the fearful worried that we were Communist spies, not terrorists). But I believe most Canadians remain compassionate citizens of the world, who meet suffering with kindness, not suspicion or indifference. I do my best to be that kind of Canadian – to live up to the example of quiet, practical kindness I learned first from my parents and then found again, to my immense relief, in so many strangers on the other side of the world.

One day early next year, my friends and I will go to the airport to welcome a family that is about to embark on a difficult and beautiful journey in this country. For me, that day will also be Thanksgiving. 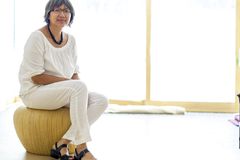