Processed meats are lethal, just like tobacco and asbestos, according to the august International Agency for Research on Cancer. In fact, all red meat – beef, pork, lamb – is also "probably" carcinogenic.

Or so the headlines tell us.

But let's delve a little deeper than the alarmist headlines, starting with what the IARC said exactly.

In the monograph, published in the journal Lancet Oncology, a panel of international experts reviewed more than 800 studies examining the link between meat consumption and cancer.

It concluded that eating 50 grams of processed meat daily (about two slices of bacon) increases your risk of colorectal cancer by 18 per cent. Similarly, eating 100 grams of red meat daily (roughly a four-ounce steak) increases the risk by 17 per cent.

Bear in mind that those are relative risks, and your chance of developing colorectal cancer is already fairly low.

Saying that processed meat is as risky as tobacco or asbestos is highly misleading too. To understand why news stories would say so, you have to understand the byzantine way the IARC functions.

The expert group does hazard identification, not risk assessment. Practically, that means they determine, yes or no, whether something may cause cancer, but not how potent it is at a causing cancer.

Since 1971, the IARC has reviewed 982 products, substances and exposures. They found every one of them – from plutonium to sunshine, from cellphones to sawdust – posed a theoretical risk of cancer (with one exception: yoga pants).

It's important to remember, however, that not every exposure to a potential carcinogen will cause cancer: Frequency, intensity and potency matter.

Worldwide, smoking is associated with about one million cancer deaths annually, and processed meats about 34,000 deaths. Asbestos kills more than 100,000 annually and alcohol causes about 600,000 cancer deaths a year.

Meat, it also needs to be said, has some benefits. It provides nutrition/calories that people need to live, and some essential nutrients such as iron, zinc and vitamin B12.

This is not to suggest that you can't get that nutrition from a diet that does not include meat. Of course you can.

In fact, teasing out which foods do or do not raise or lower cancer risk is incredibly difficult. Those studies you see every week claiming that various substances – blueberries, fish oil, raspberry ketones, or whatever – will magically protect you from cancer have little credence.

At the same time, we have to be careful to also take with a grain of salt the meat industry claims that there is no direct cause-and-effect link between meat (or processed meat) consumption and cancer.

That may be technically true, but there is good, strong evidence of an association, that the more processed meat and red meat you eat, the unhealthier it is. Because, aside from cancer, there is heart disease.

So what's the bottom line?

That being said, the occasional indulgence of a BLT, a Schwartz's smoked meat sandwich or a rack of ribs on the barbecue is not going to make a heck of a lot of difference to your risk of developing cancer.

Editor's Note. An earlier version of this story was not clear that eating 50 grams of processed meat or 100 g of red meat daily, not just more than that amount, increases your risk of colorectal cancer.

Why the man who brought us the glycemic index wants us to go vegan
July 17, 2018

Five questions about the WHO’s cancer-causing meat announcement answered
May 15, 2018 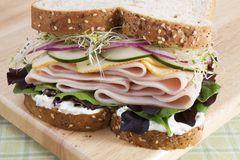 What processed meats are people buying? Here are the five top sellers
May 15, 2018 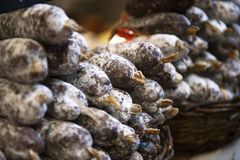 The WHO's clumsy decision on bacon sows unneeded confusion
May 15, 2018 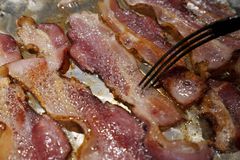