David J. Bercuson is director of international programs at the University of Calgary's School of Public Policy.

With the price of oil hovering around $50 a barrel and Alberta facing a whopping deficit, it's a good time to revisit the old "Dutch disease" canard.

Named after a situation when the economy of the Netherlands appeared to be suffering because of a (once-) strong euro, Dutch disease was an affliction Ontario political leaders blamed for the poor performance of their province's economy – and to some extent Quebec's – due to a (once-) strong Canadian dollar.

The strong dollar, linked by many economists to Alberta's roaring economy and the extraction and export of western oil and gas, was blamed for the economic woes of Canada's manufacturing and commercial sectors.

Now that Alberta's good times have gone, at least temporarily, and the once-strong Canadian dollar has lost more than 15 per cent of its starting 2013 value (it may fall further yet), the phrase "Dutch disease" isn't even a whisper any longer.

Does that mean that a possible resurgence of manufacturing and exporting from Central Canada, partially driven by a low dollar, should be a source of complaint here in Alberta or in other resource-rich provinces? Will we soon see the re-emergence of Western grievances, as we did back when high tariffs, protecting Ontario industry, were blamed by Westerners for everything from crop failures to low wheat prices?

We might. This country has a long history of regional whining – "Dutch disease" was only the latest manifestation. Maybe Albertans will now complain about the Saudi sandstorm that is sinking oil prices but reinvigorating manufacturing and driving honest Westerners to their knees.

They ought not. In reality, Canada's national economy is the sum total of hundreds of regional economies from coast to coast to coast. It is, however, still dominated by resource extraction (and processing) in one form or another. Resource extraction is normally a highly sensitive economic pursuit due to the ebb and flow of economic prosperity and, in this day and age, global factors that are way beyond the control of Canadian governments.

Is China's economy slowing? Extractive industries will suffer. Are there crises that threaten the safe passage of tankers along major international oil routes? Oil prices will skyrocket. It is certainly pleasant to live in a province enjoying an oil boom, but anyone who believes that a solid and expanding national economy can be built primarily on hewing wood and drawing water is living in a fool's world.

That's why it will be good for Canada if manufacturing enjoys a resurgence, as long as the turnaround is not due solely or even primarily to a cheaper dollar, but is built on greater Canadian productivity, however attained.

On the other hand, if resource-rich provinces are about to endure a few years of hard times, it's important to remember that the U.S. economy inevitably has a greater impact on the Canadian economy than any other single factor. Even though U.S. economic nationalism always threatens Canadian exports (the Buy American legislation and other non-tariff barriers are good examples), strong U.S. growth will inevitably mean Canadian growth in both manufacturing and resource development.

Back in the Dirty Thirties, when Alberta almost declared bankruptcy, good folks in Ontario and Quebec sent cattle feed, blankets and other comforts to this province to help carry it through hard times. Alberta won't need that stuff this time, and it will tough it out as it always has. One thing Albertans won't do is blame Ontario for their woes. 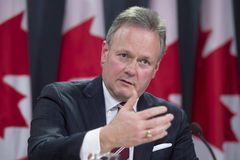 Opinion
In the push to get back to black, don’t ignore the economy
January 19, 2015