Common sense and compassion are not the first descriptors that come to mind when referencing the modern Republican Party. Tea Partiers cut off their nose to spite their face by shutting down the U.S. government last fall over a lack of spending cuts, which was just plain dumb, and are still waging war to roll back abortion rights, food stamps and unemployment benefits.

Yet, some of the most right-wing legislators in Congress now hold the key to ending a logjam that has seen the U.S. federal prison population explode under the weight of mandatory minimum sentences. These Republican reformers – senators Mike Lee of Utah, Rand Paul of Kentucky, Rob Portman of Ohio and John Cornyn of Texas – are behind two bills that would slash mandatory minimums for drug dealers in half and boost job training and treatment programs for prisoners.

What has made formerly tough-on-crime politicians suddenly get smarter on crime? Their fiscal conservatism, perhaps combined with guilty consciences, have persuaded them that the financial costs of incarcerating drug offenders for years on end is not only breaking the bank but senselessly ruining the lives of the very black and Hispanic young men who most deserve a break in life.

Prime Minister Stephen Harper's Conservatives should take their cue from their American cousins, who have renounced decades of increasingly harsh sentences as an utter failure. All the country has to show for it is a bloated prison budget and a lost generation. Canada can't afford to make the same mistake.

Ask Marc Levin, the Texas lawyer who runs Right on Crime, an advocacy group founded in 2010 to steer funding away from prisons and into rehabilitation. "How is it conservative to spend vast amounts of taxpayer money on a strategy without asking whether it is providing taxpayers with the best public safety return on their investment?" he told Mother Jones magazine this month.

Mr. Levin's group deserves partial credit for a dramatic policy shift in Texas, a solidly Republican state that has seen its prison population decline as it cuts sentences and improves job training.

Even Newt Gingrich, who deserves much of the blame for the misguided policy of mandatory minimum sentences in the first place, has seen the error of his ways. Two decades ago, as speaker of the House of Representatives, he roused the GOP base by successfully calling for criminals to be locked up for longer terms without parole. But by 2011, just as he embarked on a White House run, he was bemoaning the "huge cost in dollars and lost human potential" of that approach.

Mr. Harper's Conservatives, meanwhile, appear stuck in 1994, leading Canada down a criminal justice path that is all but certain to produce U.S.-style results. Canada's federal prison population is growing beyond capacity – up 16.5 per cent in the past decade. And the make-up of the prison population – with an explosion of black and aboriginal inmates of 75 per cent and 46 per cent, respectively – should be enough to convince the Harper government that harsher sentences are not in the interests of society. We will pay for this later in higher rates of recidivism, disaffected minority youth and even meaner and costlier prisons.

The Harper government is on a collision course with judges it has not appointed. In November, the Ontario Court of Appeal struck down its three-year mandatory minimum sentence for first-time illegal gun possession, calling it a violation of the Constitution's ban on "cruel and unusual punishment." We can only hope the Supreme Court gets around to ruling on the case before former Conservative justice minister Vic Toews – Mr. Mandatory Minimum himself – gets appointed to the top bench. He was just named as a judge on Manitoba's top trial court.

Perspective is important, of course. Overall, Canada still has more lenient sentencing than the United States and while the two bills in Congress will likely pass the full Senate, they may not make it through the House of Representatives before this year's midterm elections. Still, they represent a sea change in conservative thinking that the Harperites have yet to clue in to.

Toews now a possible candidate for Supreme Court
May 12, 2018 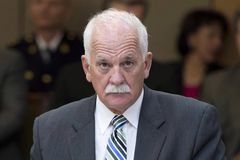 Push for consecutive mandatory minimum sentences may run afoul of Criminal Code
May 12, 2018 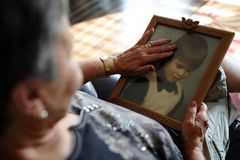