William Robson is president and CEO of the C.D. Howe Institute, and co-author of "Controlling the Public Purse: The Fiscal Accountability of Canada's Senior Governments, 2016."

The Parliamentary Budget Officer's tussle with the Department of Finance about missing numbers in the latest federal budget projections shows that even experts have problems deciphering governments' fiscal plans.

And if the experts have problems, how about non-experts – legislators who vote on budgets and approve spending estimates, citizens concerned about public affairs or taxpayers who pay for it all? Getting transparent financial reports from Canadian governments will take a lot more work.

Even before Finance Minister Bill Morneau rose in the House of Commons to deliver the March 22 budget, analysts in the budget lock-up were scratching their heads. And not just because, in a 419-page document, the critical headline numbers – total revenue, total spending and the deficit – didn't appear until page 268. A key table breaking down revenue and spending to show prebudget baselines, the detailed impact of the budget measures over the planning horizon, and the postbudget projections – standard in the past – was missing. And now, the PBO's investigations suggest details of spending that were not released with the budget may not easily reconcile with the budget totals.

Even with that information, MPs will be taking only baby steps into the core task of controlling public money. The bulk of federal spending (including interest payments on debt that is now growing again) is "statutory," outside their annual review. And the estimates that MPs get for the spending they do approve are on a different basis of accounting than the budget – so nobody can tell if a given authorization matches the budget plan.

With oversight so tenuous, it is less shocking than it should be to compare actual spending as shown in Ottawa's public accounts over the past 15 years with the annual budgets for those years, and see that the government collected $35-billion more in taxes than projected in budgets over the period, and that $11-billion of that flowed out in "surprise" spending.

The federal government's fiscal moves affect the whole country, and get the big headlines. For every $1 the feds raise and spend, however, provincial and territorial governments raise and spend $1.50. And when you look across the country, the quality of their financial reports is, so to speak, all over the map.

In some places, the quality is good. Saskatchewan and Alberta show their key numbers – the ones their auditors certify – up front in their budgets and their public accounts, and the spending estimates that their legislators vote on are on the same accounting basis. These provinces also produce timely numbers: Budgets before the fiscal year starts, and results shortly after it ends. Ontario's numbers have also been pretty reliable, if more difficult to find.

It gets worse from there. British Columbia's presentations look good, but the provincial auditor warns about its accounting. New Brunswick also has audit problems. Manitoba presents a baffling array of figures for revenue, spending and the bottom line. So do Quebec and Yukon, which also publish their results late – more than six months into the next fiscal year.

Trying to reconcile the confusing budgets of Nova Scotia and Prince Edward Island with those provinces' year-end results would baffle anyone but a forensic accountant. The same is true for Newfoundland and Labrador – where, moreover, the accountant would have to wait more than nine months into the next fiscal year before getting the numbers.

The final stops in this glum journey of incomprehensible budgeting and slow reporting are Nunavut and Northwest Territories. NWT published its audited financial results for 2014-15 after it had delivered its 2016-17 budget – a two-year gap!

At the provincial and territorial level, then, it is also less shocking than it should be to learn that these governments collected $83-billion more in taxes than they budgeted over the past 15 years, and that they spent $58-billion more than projected. But, importantly, the past 15 years have also seen progress. Many governments have raised the quality of their financial reports. "Surprise" overshoots of revenue and spending have shrunk.

The latest federal budget reminds us that it's easy to slip backward. The temptation to publish opaque numbers, and undermine accountability by low-balling revenue and splurging during the year, is always strong. Canadian legislators, citizens and taxpayers must insist on accurate, complete and timely budgetary information from governments. Parliamentary budget officers can help, but they can't do it alone. 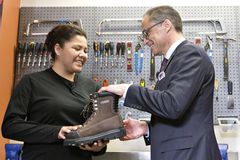 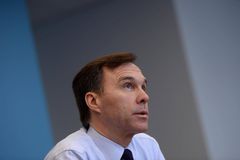 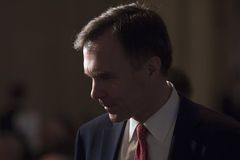