Jennifer Keesmaat is chief planner and executive director of the City of Toronto.

A number of Canadians have argued recently that urban growth boundaries, such as greenbelts, ought to be abolished on the grounds that they can negatively affect housing affordability. This claim is largely based the argument, by a British economist, that the greenbelt surrounding London is at least partly to blame for new home prices being 40 per cent higher in that city than in comparable European cities with similar densities.

There is, however, no evidence to suggest that the same is true here in Canada. In fact, according to recent research released by the Pembina Institute, the cost of building a new house has not increased more rapidly in Toronto than in other major Canadian cities, despite the existence of one of the world's largest greenbelts.

In fact, I would argue that greenbelts and other measures to restrict the outward growth of Canadian cities are essential and fiscally responsible policy tools, since they result in higher densities that make more efficient use of infrastructure investments.

Take transit as one example. Large Canadian city regions agree on the need to transition from spending on road infrastructure to investing in public transit as a means to creating more liveable places that will continue to attract jobs, investment and talent. This consensus is a significant achievement. The pursuit of a referendum on transit funding in Metro Vancouver – following the lead of many American cities – is the outcome of a regional collaboration driven by the recognition of this shared need.

Livability, while difficult to define, is intrinsically linked to offering a high quality of life. Long commutes, which have been recently correlated to high obesity rates, have onerous, obvious environmental impacts, and are a well-documented drain on our productivity, compromising the quality of our lives and the liveability of our cities.

While Canadian city regions lead in many areas, according to international third party indices, we have not kept pace with our global counterparts with respect to building transit infrastructure. Knowing that our largest city regions drive economic growth, this could be our undoing. From Halifax to Vancouver, Canadians are united in their frustration with long, growing commute times – and the high cost of owning multiple cars per household. Residents in the GTA, for example, spend an average of 45 minutes a day commuting – each way, and the CAA estimates that the average Canadian spends $9,500 per year on car ownership.

According to the Youthful Cities Index, millenials across the globe identify access to excellent public transit as their first priority when choosing a place to live. As boomers begin to retire and a potential labour shortage looms, the competition for talent will intensify. Access to public transit, it turns out, will play a role in shoring up the stability of our future work force.

And while the absence of a National Transit Strategy – a given in other G8 countries – has meant municipalities regularly create plans that subsequently sit on a shelf for lack of funding, our greater burden derives from land use planning mistakes of the past. Our sprawling cities must be adapted to accommodate higher densities and a mixture of uses if they are to support a high frequency transit network. It's one thing to recognize the need and desire to provide access to public transit; it's another to design our cities to allow for frequencies and levels of service that make transit a real, faster, better, choice. Our cities, therefore, require retrofitting.

Why is this complex to fix? According to Pamela Blais, author of Perverse Cities, planning policies in most Canadian jurisdictions continue to facilitate low-density sprawl through financial "misincentives" that subsidize low density growth despite the high social, environmental and fiscal costs of doing so.

Canadian municipalities struggle with the high costs of maintaining and operating underutilized suburban roads, water infrastructure, and transit – and at the same time continue to build them.

Canadians should expect accurate pricing of municipal infrastructure – including the long-term operating cost burden to be assumed by the municipality as a result of major capital investments – to inform strategic city building decisions. Infrastructure costs vary at different densities. The lower the density of a given area, the higher the long-term government subsidy required to provide basic services such as garbage collection, snow ploughing in the winter, or access to parks, transit and schools. Municipalities have a vested financial interest in policies that drive growth to areas with existing underutilized infrastructure – areas where significant past investments of public dollars have already been made.

By doing so, we can begin to retrofit existing areas by adding the people and the uses that are necessary to make transit viable. This is a critical, strategic way to address the traffic congestion that is plaguing our daily life.

Does this mean that Canadians should, overwhelmingly, adopt higher density living, overnight? Although this clearly isn't realistic for some, we do know that two of the fastest growing demographic groups in our country – seniors and millenials – are choosing to live in places with the mixture of uses and enough density to make walking, cycling and using transit central to their every day life. By virtue of this proclivity, they are driving the astronomical office and residential growth in the downtown core of the City of Toronto.

This brings me back to the importance of urban growth boundaries for redefining the land economics of a region by limiting sprawl and seeking to direct growth to already built up areas. How does this impact housing affordability? The data is clear. Canadian cities without urban growth boundaries have seen similar escalations in housing prices. The most comprehensive study undertaken to date found that there is no evidence that provincial land use polices, including the Greenbelt Plan, restrict development or contribute to rising home prices.

It is time to embrace strong public policy that acknowledges the positive role that urban growth boundaries play in promoting liveable, sustainable, transit-oriented communities. Urban growth boundaries are not just good planning, they are in the national interest. Our future, shared prosperity hinges on getting this right. 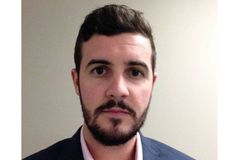