Zarqa Nawaz is the creator of Little Mosque on the Prairie and author of Laughing All the Way to the Mosque.

I asked Anton Leo, the head of comedy for CBC Television, why he had decided to green-light Little Mosque on the Prairie all those years ago. He said he was the son of Italian immigrants and my tales of being a daughter of Pakistani immigrants resonated with him. They were universal. The show now airs in more than 60 markets around the world, many in Europe. But Europeans are watching the program for a different reason: It reflects a multicultural society that is a success rather than a failure. What did Canada do right that so many other countries are getting wrong?

As I watch the stories of Syrian Muslim refugees unfold, I think about how my life as a Canadian of Muslim faith has taken so many unexpected twists. My journey to Canada started in 1947, when Pakistan was carved out of India; that act instantly turned my grandparents into refugees in their own country. They lived in camps until they were sent by train to what was now Faisalabad, Pakistan. The family plunged into poverty. My father, the eldest son, was 15. He saved his family the only way he knew how: He did well in school, became an engineer and got a job working on the Mersey Tunnels in Liverpool, where he and my mother moved at a time when immigration to Britain was almost instantaneous.

A few years after I was born, my father wanted to bring his brothers and sister to join us in Liverpool. But Britain was starting to restrict family reunification. My mother's asthma was exacerbated by rain, so doctors recommended that he find a country with a better climate. Canada, hungry for educated immigrants, offered him a job and a way to bring the rest of his family. We were not fleeing persecution, but we were looking for a better life, which Canada offered. I'm glad he made that choice. I don't think my life as a European Muslim would have been as rich and full of opportunity if he had chosen to stay there.

I was always secure in the feeling that Canada was home and I was Canadian. That security gave me time to look into the practices of my community with a critical lens. When the National Film Board approached me to make a documentary, I chose to focus on patriarchy and the social exclusion of women in mosques. In 2005, Me and the Mosque was released. For me, Islam was never the problem – it was men and how they interpreted faith to their own advantage. I wondered what would happen to a mosque if it were run by an imam that came from a culture committed to gender equity, such as Canada. That was the question I explored in Little Mosque on the Prairie.

At first, the show wasn't received well by the Muslim community. It was considered offensive and insulting to Islam. I was a pariah for a long time and I still bump into people who say I've given a bad impression of Muslims.

But I've seen those attitudes change toward me. The community no longer sees me as someone who is mocking the faith, but as someone who genuinely loves Islam but wants a critical dialogue about some of the cultural practices that have seeped in over the centuries. I am considered one of the few Muslims in the world who have successfully bridged the worlds of faith and comedy. But I would never have been able to do this had I lived anywhere else in the world.

In Pakistan, I would have been killed by now; in Europe, I would have been too broken by xenophobia and rejection to even try; the Islamophobic, post-Sept. 11, 2001, world of the United States would have stopped me cold. It was only Canada, where I truly felt I belonged and was cherished as a Muslim, where I could safely poke fun at both my Muslim and non-Muslim worlds.

My faith is different from that of my parents; we are forged by our environments and circumstances, which are radically different. And my children are different from me still. But we are all Canadian and have changed Canada, and Canada has changed us, all for the better. 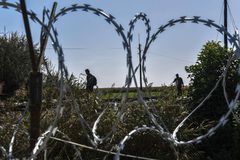 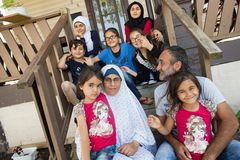