Since the Sandy Hook Elementary School massacre in Newtown, Conn., gun-rights activists have called for firearms in schools. Advocates of gun control, on the other hand, have urged a ban on assault weapons – even though the majority of murders are committed with handguns.

None of this addresses the daily death toll wrought by violent crime in American cities. The sheer number of guns would seem to provide part of the explanation.

That might seem to provide the answer. But it would not explain why the gun-possessing Swiss, for example, have such low homicide rates.

A crucial, underlying cause of violent crime is inequality. Numerous studies have shown a strong correlation between inequality and violence. In their book The Spirit Level: Why Equality is Better for Everyone , Richard Wilkinson and Kate Pickett say no aspect of inequality is clearer than the impact it has on violence.

In graphs that map income inequality alongside murder rates, the US stands far off in a class of its own, with both the highest levels of inequality and of homicides of any wealthy nation.

At state level, California, Mississipi, Alabama, Illinois and Louisiana have some of the highest murder rates in the United States, and they are also all among the country's ten most unequal states.

Even accounting for poverty, studies have found that the greater the disparity among household incomes, the higher the homicide rate is.

Chicago reached a grisly milestone last week when its 500 th murder victim died, bringing the city's yearly total towards the number of homicides for all of Canada.

Loyola University of Chicago psychologist Albert Lurigio told a city newspaper that Chicago's rising murder rate is a symptom of a "community in distress."

Make no mistake: Affluent areas like Lakeview and Lincoln Park saw no such carnage; they seldom lose more than one or two people a year to violence.

Chicago's Austin area  accounts for a significant number of the city's homicides. The rates of violent crime are a mirror in any community, and for American neighbourhoods like Austin, the reflection is not good. It suffers from skyrocketing unemployment and reportedly the highest number of foreclosures in the city.

A mounting body of evidence suggests that income inequality erodes social cohesion and trust, and contributes to a breakdown in the fabric of the community. Extreme inequality has been identified as causing humility and loss of face, particularly among young males. These in turn can contribute to 'competitive aggression,' domestic abuse and violent crime.

If current trends are any indication, worse may yet be to come. Inequality levels continue to soar, federal and state aid is being squeezed, and hundreds of thousands of jobless Americans are being cut off the federal government's extended unemployment-benefits program.

President Barack Obama's belated effort to raise taxes on the wealthy has become a desperate rearguard battle against entrenched Republican opposition. If Washington is forced to enact the "fiscal cliff" austerity legislation, federal unemployment benefits will likely be cut for some two million people.

It would mean the end of improvements in tax credits for low-income families–precisely the kinds of policies that should be built upon to reduce the chasm of inequality that has been widening since 1980.

Instead, a record number of Americans – more than 45 million – are on food stamps, and stagnant wage levels have helped swell the ranks of the working poor.

Those at the bottom are more often the perpetrators – and victims – of gun violence. But just as conservative politicians are untouched by cuts to social assistance, they are unaffected by most of the gun crime that has turned the United States into a kind of war zone for the poor.

So it may explain why some legislators have not approached either gun control or the budget talks with the sense of urgency required to save lives.

Kyle G. Brown is a journalist based in Paris

Opinion
Is there any hope for America? Absolutely!
January 3, 2013 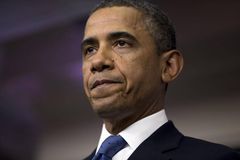