Our normally cunning Prime Minister – he with "the eyes of Caligula" as someone put it – doesn't miss many tricks. He isn't known for strategic blunders.

But he made one in his year-end interviews. He put the kibosh on the possibility of an early election.

Options are best left open in politics. You want to keep the opposition guessing. You want to be in a position to capitalize on momentum. Looking at the polls, momentum is what Stephen Harper has now.

But when Peter Mansbridge pressed him on election timing, he boxed himself in. He initially left the door open a tiny crack. Asked about the scheduled fall date, he said, "Well, I wouldn't say there's nothing that could change it, but there's nothing on the horizon that I see changing that. We fixed that date and we're planning on it like everybody else."

Mr. Mansbridge came back at him to nail it down. "So when people talk about, 'oh, he's going to go in the spring,' we should ignore that?"

The Prime Minister: "Yeah, you should …" And he went on to say he didn't know where the spring speculation was coming from or why anyone would speculate about it. Had he thought back to the 2008 election, he would have understood why. That's when he abandoned his fixed-date election law.

Given his words to the CBC anchor – in addition there's a current Tory fundraising letter suggesting the timing as the fall – Mr. Harper would look like an out-and-out hypocrite if he called an early election now. This is comforting for the opposition parties. The political landscape shows that while there certainly would be risk involved in such a play, dropping the writ early could also bring many potential advantages to the Conservatives.

The first is that the governing party would avoid the embarrassment of wading through the Mike Duffy trial on the Senate expenses scandal. Much of it will focus on the hush-money payout from the Prime Minister's Office and all the other chicanery, as suggested in an RCMP affidavit, that went on in that office.

The trial could bring back memories of the many other ethical travesties under the Harper watch. Come the fall, it all could be hanging around his neck like a dead skunk.

Secondly, going early would take advantage of the momentum the Tories got following the gunman's attack on Parliament. It made national security a leading issue. It would be easier to keep the issue in the forefront for a few months than all the way to next October.

A third bonus is that an early election could follow right on the heels of a big, happy tax-cut budget. A fourth is the oil price plunge. It doesn't hurt so much in the short term, but by next fall it could be casting a pall. A fifth is the fatigue factor. The government is long in the tooth. By next autumn the time for a change argument could resonate stronger than in two or three months.

These advantages need to be measured against the perils of an early call. The public could rebel at the sheer cynicism of it. Voters would see the PM again breaking his fixed-date legislation. They would see the election timing as an obvious ploy to avoid damaging fallout from the Duffy trial.

But there's a good chance the anger would last only a week or so into the campaign. In the 2008 campaign, spurning the fixed-date law had negligible impact.

With the race tightening, the Conservatives have a good chance of winning a minority. A majority is very much a long shot no matter when the election comes. Given the prospect that the opposition parties would likely soon gang up to bring down a Harper minority, he faces a difficult set of circumstances. The word from insiders is that he will view a win as a win, and fight on no matter what.

But by narrowing his options on the election date, he has made his prospects more difficult. 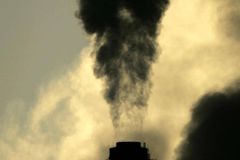