Israeli Prime Minister Benjamin Netanyahu was visibly pleased with Canadian counterpart Stephen Harper's words at the Israeli Knesset on Monday. That's no surprise – the two leaders' positions and language were so alike that the simultaneous translation was almost redundant. But while what's spoken is important, what's left unspoken counts as much.

Mr. Harper has been welcomed effusively in Israel, and rightly so. Like other Canadian political leaders and many Canadian citizens, he's a staunch, principled supporter of a strong, successful and democratic homeland for the Jewish people, especially in light of the travails and horrors of Jewish history. He celebrates Israel's creativity, technological acumen and innovation. Under Mr. Harper's watch, Canada has stood firm against repeated efforts to unfairly single out Israel for criticism – the right thing to do, while helpful for Israel and its international standing.

But Mr. Harper chose his words deliberately, and what he didn't say was as important as what he did. Just look at official Canadian policy papers on contentious issue such as refugees, Jerusalem and settlements – all critical to the talks currently under way. They're filled with substance that's rarely heard in Ottawa or abroad.

Mr. Netanyahu, meanwhile, may be enjoying the respite from those tough negotiations, and meeting U.S. Secretary of State John Kerry later this week may be the last thing he wants to do – but it's essential for his country's future.

Mr. Netanyahu believes that with instability swirling around his vulnerable country, there isn't much point in making concessions to a weak Palestinian leader. Mr. Harper apparently agrees. Mr. Netanyahu believes that if this is the case, expansion of Jewish settlements in the West Bank isn't an obstacle to negotiations – and in any event, helps keep his hawkish coalition happy.

At least in public, Mr. Harper apparently agrees. True, he visited Palestinian Authority president Mahmoud Abbas in Ramallah, paid lip service to a Palestinian state and renewed Canadian aid (at a level considerably lower than in the past), but he stayed away from anything more substantive – and firmly dodged the settlement issue.

But others in Mr. Netanyahu's own coalition disagree. Finance Minister Yair Lapid has publicly denounced settlement expansion, while Justice Minister Tzipi Livni, en route to the Davos Economic Forum this week, said the peace talks are holding off a wave of boycott pressure against Israel. "I'm screaming," she said, "wake up!"

This sense is shared by 100 senior Israeli business leaders, who'll be at Davos to underscore the urgency of a two-state deal for the sake of Israel's economic stability and growth. (Along with Palestinian business leaders, all are members of Breaking the Impasse, a joint economic association that advocates a negotiated agreement for the sake of both societies and economies.)

Mr. Netanyahu knows all this, but prefers the supposed safety of the status quo. He's right in arguing that the settlements are neither the cause of the Israeli-Palestinian conflict, nor its sole remedy. But the way he deals with this sensitive issue is the most obvious bellwether of his intentions.

Neutralizing the Palestinian issue to whatever degree possible and taking the risks involved is critical for Israel. And stability on any Middle East file is important to Canada. Trusted friends can speak out. Maybe that's one piece of friendship Canada can add to its portfolio.

University of Toronto Professor Emanuel Adler points to the example of Germany. No other Western country has been faced with the uphill task of rebuilding relations with Israel and the Jewish people from the ashes of the Holocaust. Germany has done so successfully, but its policy disagreements with Israel haven't been camouflaged by its moral stance or even the burden of history.

Canada's challenge is incomparably simpler. We were there at Israel's creation and have been valued friends ever since. Mr. Harper is deeply concerned about efforts to question Israel's legitimacy, and at the same time, acknowledges that there are disagreements between friends. He's also a masterful politician and recognizes the diversity of views among Israel's committed supporters and friends back home.

It may suit Mr. Netanyahu's agenda to have Canada stay silent on some of the toughest issues. But that may just serve to undermine Israel in some of the very forums, such as the Group of Eight or the European Union, where it's now weakened because of its own policies. 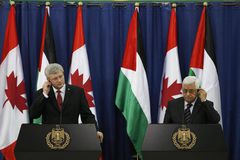 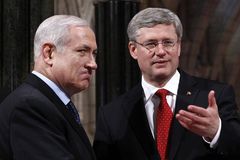 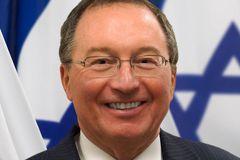