J.L. Granatstein is a fellow of the Canadian Defence and Foreign Affairs Institute. William Kaplan is a Toronto lawyer and historian.

Stephen Harper was right. It's not fashionable today to say that about anything the Prime Minister says or does. It's especially against the current to praise his foreign policy which, most critics agree, is distinguished only by its unbalanced megaphone style and simplistic good versus evil rhetoric. But how can anyone deny that on Vladimir Putin, Mr. Harper, from the get go, got it right on the money?

Consider the recent record. After Russia orchestrated the absorption of Crimea into the Soviet Union – oops – into Russia, the Prime Minister told a German audience that Mr. Putin was a "throwback" to the USSR. "Unfortunate as it sounds," Mr. Harper observed, "it's increasingly apparent to me that the Cold War has never left Vladimir Putin's mind." Then the Prime Minister added, "we simply … cannot afford the risk of Europe going back to being a continent where people seize territory … where the bigger military powers are prepared to invade their neighbours or carve off pieces." The economy was important, he went on, but global security remained Canada's highest priority.

In April, Mr. Harper spoke out again: "When a major power acts in a way that is so clearly aggressive, militaristic and imperialistic, this represents a significant threat to the peace and stability of the world, and it's time we all recognized the depth and the seriousness of that threat." All nations had to be rallied "to understand that peace and stability is being threatened here in a way that has not been threatened since the end of the Cold War."

From the outset Mr. Harper declared the presence of Russian troops in Crimea to be an "illegal military occupation" and said Canada would refuse to recognize the forthcoming referendum that Mr. Putin used to "legitimize" its seizure. Foreign Affairs Minister John Baird chimed in to call the upcoming referendum "a Soviet-style tactic that's unacceptable for a G8 country…" So it was.

Russian-sponsored and Russian-assisted separatist groups were already operating in eastern Ukraine, arming Russian nationalist thugs to fight against the legitimate Kiev government. The Canadian government believed that Russian special forces were on the ground, training the separatists and providing them with weapons. In May, Prime Minister Harper was sharp-tongued: "We are obviously concerned by the continuing escalation of violence in Ukraine, which to me very much appears to be clearly what I would call a slow-motion invasion on the part of the Putin regime."

Thus, when Mr. Harper flew off to Europe on a week-long trip at the beginning of June, a trip that was to culminate with a gathering of world leaders on the Normandy beaches to mark the 70th anniversary of D-Day, Mr. Harper declared forthrightly that he had no interest in talks with Mr. Putin. The Russian leader should be present at Normandy, he said, recognizing the critical role the Soviet Union played in defeating Nazi Germany, but even if European leaders wanted to talk to him, he did not. All the Europeans should do was deliver a clear denunciation of Russia's actions in Ukraine. Mr. Harper said in Brussels that the message should be about "ending illegal occupations, about ending provocative actions, ending the supporting of violent actions in eastern Ukraine." He called upon the G7 to take immediate action.

There were a succession of sanctions by Western nations against Russia, and there will be more. And NATO, including Canada, began military efforts to bolster the states that might be in Mr. Putin's crosshairs next. These measures were pinpricks, though they will now be increased further.

The reason, of course, is that a Malaysian airliner was destroyed by a Russian surface-to-air missile almost certainly fired by Russian-aided separatists in the Donetsk "People's Republic." The evidence is not yet all in, but Mr. Harper's response, again, was exactly right in tone and content. "It is clear," he announced Monday, "that the Putin regime's continuing provocative military action against Ukraine, its illegal occupation of the Crimean peninsula, and its failure to end its support to armed separatist groups in eastern Ukraine constitute a threat to international peace and security." Canada, the Prime Minister said, in concert with its allies would step up its sanctions.

From the very beginning of this current crisis, Canada's Prime Minister has been dead right in his assessment of Vladimir Putin. To Moscow, the supporters and officials of the Ukrainian government are regularly painted as fascists and Nazis. But to Mr. Harper, and now incontrovertibly to rest of the world, Mr. Putin is a Stalinist using Nazi big-lie techniques and Soviet-era disinformation tactics to try to camouflage his government's actions and shift blame. It won't work, and to Stephen Harper's credit, he not only saw these appalling tactics for what they were months ago, but was among the first Western leaders to call on the world to take action. 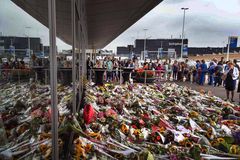 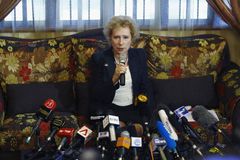 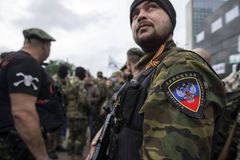