Duff Conacher is the co-founder of Democracy Watch, a Canadian democratic reform organization that has been active since 1993. Democracy Watch has a campaign to make the Fair Elections Act, and federal elections, more fair.

The federal Conservatives are finally backing off on some of the measures in their proposed so-called "Fair Elections Act" (Bill C-23). Minister for Democratic Reform Pierre Poilievre is trying to claim he has listened with an open mind, but this is yet another misleading spin statement from him.

The truth is much more that playing games with democratic voting issues was hurting the Conservatives with their soft supporters, and with swing voters, and they realized they would only recover by compromising.

However, the Conservatives are not proposing enough changes to make the Fair Elections Act, or federal elections, actually fair.

They are smartly compromising the bill's elimination of the practice of allowing a voter to "vouch" for the identity of one other voter; instead, they propose allowing vouching for a voter's address. But they should also make it legal for voters to use the Election Canada voter registration card as proof of address, allowing the registration card to be one of the forms of identification accepted at the ballot box.

They are also backing off on extending the dangerously unethical power of the ruling party to force returning officers to appoint the election workers the party wants. But to ensure polling stations are run fairly, Bill C-23 must be changed to give Elections Canada the power to appoint all election workers.

Another important change Minister Poilievre is proposing is to remove the exemption in Bill C-23 that meant the amount parties spend on "fundraising" from recent donors would not count toward their election spending total. This would have been the first spending or donation loophole added to the law since spending was first limited 40 years ago, and like any loophole it would have been abused to hide millions of dollars of secret and likely illegal spending.

Bill C-23 doesn't really "muzzle" or "gag" the CEO as some claimed – the Chief Electoral Officer is allowed under existing measures to conduct public studies and report on allegations of violations or investigations. The Conservatives propose to make changes to ensure that these powers are clear, including the power to communicate fully with the Commissioner of Canada Elections.

The Conservatives still want to continue to limit the CEO to providing the public only with information about how, when and where to become a candidate and to vote. However, they now propose a change making it clear that Elections Canada can provide this information in vote-encouraging ads, high school mock-votes and other voter education programs.

Finally, the Conservatives will also make the minor change of requiring scripts and recordings of robocalls and other communications with voters to be kept for three years instead of just one.

Unfortunately, the Conservatives are ignoring other key problems with the bill. Without further changes, the bill will still unfairly prohibit the Commissioner and the Director of Public Prosecutions from disclosing their rulings unless they penalize the violator.

The Commissioner has in the past refused to disclose most of his rulings on more than 3,000 complaints since 1997, and to end this dangerously undemocratic secrecy they must be required to disclose all their rulings to ensure proper enforcement.

Some will still be concerned that Bill C-23 makes the change of having the Director of Public Prosecutions (DPP) choose the Commissioner of Canada Elections instead of the CEO will reduce the Commissioner's independence. This is a misplaced concern because DPP is chosen by the Cabinet just like the CEO, and the Commissioner already submits investigation results to the DPP, with the DPP deciding whether to prosecute.

The real problem is that the DPP, Commissioner and CEO all lack independence from the ruling party. The bill should be changed so that candidates for these positions would all be nominated by the independent Public Appointments Commission the Conservatives promised to create in 2006, and appointed only with the approval of opposition party leaders.

The bill will also still hike the annual donation limit for individuals which will make it easier for businesses and other organizations to funnel corrupting donations through their executives and employees, as happened in Quebec, and will still allow candidates to donate much more to their campaigns.

To democratize the federal political finance system, the donation limit should be lowered to about $100-200 annually (as Quebec did recently), and the per-vote annual funding system for parties should be restored to give parties democratic basic funding.

Bill C-23 also allows unlimited bank loans to candidates and parties. Instead, given that banks are regulated by federal politicians, to prevent undue influence all loans should be limited to the same amount as donations.

Further, Bill C-23 doesn't do anything to correct the current unfair and undemocratic flaws in the federal elections system.

The federal election voting system should be changed to ensure that the number of politicians each political party elects is based upon the voter support each party receives, and to allow voters to vote "none of the above" and also to actually fix election dates for every four years (unless a vote on non-confidence occurs earlier).

Nomination races should be regulated to ensure party leaders can't appoint candidates or reject them (other than on grounds of "good character") and Elections Canada should be empowered to run these races democratically.

Elections Canada should also be empowered to run election debates, with the leader of every party with a seat in the House or substantial voter support allowed to participate.

Federal election watchdogs should have a right to any document they request to confirm compliance with the Canada Elections Act (including all receipts so they can audit all spending and donations) as watchdogs do in several provinces, and whistleblowers should be given a financial reward if they disclose evidence that leads to a conviction.

And finally, make the system more fair by allowing independent candidates to raise money between elections (currently only party-backed candidates are allowed to do this).

Everybody liked Flaherty, but Poilievre is true face of government
April 25, 2014 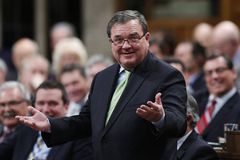 Opinion
Lost in the Fair Elections fight: The right to vote
April 16, 2014 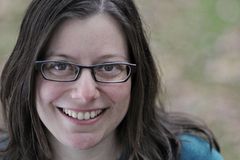