Roland Paris is founding director of the Centre for International Policy Studies and associate professor in the Graduate School of Public and International Affairs at the University of Ottawa. He tweets at @rolandparis.

As Prime Minister Stephen Harper heads to Europe for the G7 summit and anniversary of D-Day, the gap between Canada's outspoken rhetoric and its diminishing capabilities in international affairs is clearer than ever.

Much of the trip will focus on Russia's destabilizing actions in Ukraine. First, Mr. Harper will join other leaders in Warsaw to celebrate the 25th anniversary of the end of communist rule in Poland. He and other NATO leaders will likely use the occasion to reaffirm the alliance's commitment to Poland's defence. Then he will travel to Brussels for the meeting of the G7, whose member nations will also undoubtedly reiterate their unified opposition to Russia's behaviour.

However, the prime minister may choose to convey a slightly different message. His government has repeatedly suggested that Canada is leading the Western response to the Ukraine crisis. In the words of Foreign Minister John Baird: "No other government has stood up more forcefully and aggressively against the Russian aggression in Ukraine."

In fact, the main difference between Canada and its allies has been mainly one of rhetoric, not one of substance.

Ottawa's language has been unusually strong, including Mr. Harper's comparison of Russia to Nazi Germany. But Canada's actions – including targeted sanctions against a limited number of the Kremlin's supporters, political and economic support for the Kiev government, modest deployment of military assets as part of NATO's "reassurance package" in Eastern Europe, and the contribution of observers for Ukraine's election – have been comparable to actions by many other allies.

Mr. Harper, however, seems to have concluded that there are domestic political benefits in portraying himself and Canada as leading the Western response to the Ukraine crisis. This message might convince some at home, but it is unlikely to pass muster with our allies, who are well aware of what Canada is – and is not – doing.

They know, for example, that Canadian defence spending fell to one per cent of gross domestic product in 2013. Among the other 27 members of the North Atlantic Treaty Organization, only five countries spent a smaller percentage of GDP on defence than Canada. One of them was Luxembourg.

A similar pattern also holds for Canada's non-NATO partners. Australia, for example, currently spends 1.6 per cent of GDP on defense and recently announced that this figure will increase to 1.8 per cent by mid-2015.

Although Canada's contributions to the Afghan and Libyan missions were greatly appreciated, our allies also know that Canada was reducing, not increasing, its commitment to NATO immediately before the Ukraine crisis. Ottawa abruptly ended its participation in the alliance's joint ground and airborne radar systems, for instance. One of NATO's first acts during the Ukraine crisis was to deploy these radar planes to Eastern Europe – without Canadian crew members.

Given all this – and the fact that Canada's actions on the Ukraine crisis have been similar to those of our allies – the Harper government's contention that it is leading this response is not only implausible, but also condescending towards our allies. After all, it suggests that they lack Canada's moral clarity and political resolve.

While most countries speak simultaneously to domestic audiences and foreign actors, the Harper government seems to be very focused on the home game. If doing so weakens Canada's position internationally, this is a price that the Conservatives seem willing to pay. Canada seems to have largely lost interest in long, steady, patient work of cultivating and maintaining relationships.

Indeed, the Harper government seems to regard diplomacy itself as morally questionable. They have suggested that Canadians have a choice between either Mr. Harper's foreign policy or the abandonment of their principles.

Of course, this is poppycock. Skilled diplomacy – the ability to persuade others to do what you want them to do – is a prerequisite for upholding moral principles and Canadian interests. Prime Minister Brian Mulroney, for instance, succeeded in galvanizing international opposition to apartheid – a moral stance, if there ever was one – because he took diplomacy seriously. He nurtured a broad array of international relationships and worked through the Commonwealth and other institutions to mobilize a coalition.

By contrast, Canada's recent neglect of diplomacy may be reducing our ability to get things done – even with our closest ally, the United States. The Harper government has not hidden its exasperation with the Obama administration, including on the Keystone XL pipeline. But should they be surprised? You can only lecture people so many times before they reach for the mute button.

Taking credit for leading the West's response to Russia fits this pattern. If it ends up irritating allies who have done just as much as Canada, and who believe themselves to be no less moral, then so be it. The Harper government seems determined to sustain a narrative that portrays Canada – and, specifically, Mr. Harper – as a brave outlier in international relations, leading the West in the face of Russian aggression.

It is a heroic image. But like other romantic tales, it is largely fictional. 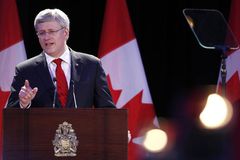 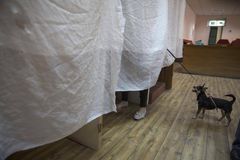