A "fiasco." That's how Thomas Mulcair described the handling of the selection of a new Quebec justice for the Supreme Court of Canada. The NDP leader often gets carried away in his attacks against the government, but in this case, his choice of words perfectly conveyed the seriousness of the bungle.

Since its establishment in 1875, the Supreme Court has gained an excellent reputation both at home and abroad. This testifies to the care successive prime ministers have taken in selecting members of the court. Until last fall, Stephen Harper had followed this example.

Then on Oct. 3, the Prime Minister plucked an unknown, semi-retired Federal Court of Appeal judge, Marc Nadon, to occupy the seat left empty by Justice Morris Fish. The announcement left most members of the Quebec bar scratching their heads: Marc who? Nothing in Justice Nadon's undistinguished career seemed to qualify him for the highest calling in Canadian law – nothing except a reputation for toeing the Crown's line.

Last Friday, a Globe and Mail investigation revealed how Mr. Harper's government manipulated the selection process to make sure it could appoint a judge not prone to "judicial activism." Of the six names submitted to a House of Commons panel's consideration, four sat on the Federal Court or the Federal Court of Appeal.

That list is what brought the Chief Justice, Beverley McLachlin, to call the Minister of Justice's chief of staff and the Prime Minister's Office. Was the government aware that, according to Section 6 of the Supreme Court Act, Federal Court judges may not be eligible candidates to occupy one of the three seats reserved for Quebec jurists? But in an unprecedented attack against her reputation, the government accused her of lobbying against Justice Nadon. She would not have, and could not have, since at that time, there was no way of knowing he would be Mr. Harper's preferred candidate.

Two months ago, the Supreme Court ruled that Federal Court judges are not eligible to represent Quebec on its bench. Justice Nadon's nomination was therefore void ab initio.

The purpose of Section 6, the judges stated, is to ensure not only that there is civil law training and experience on the court, but also "to ensure that Quebec's distinct legal traditions and social values are represented on the court, thereby enhancing the confidence of the people of Quebec in the Supreme Court as the final arbiter of their rights."

Many were worried that the vengeful Prime Minister would look for a way to circumvent the decision. Fortunately, Mr. Harper has chosen a wiser path. According The Globe, he asked the government of Quebec to submit a list of three names, from which Ottawa will choose a new justice.

The paper's federal source insists that the new process is not meant to establish a precedent. Perhaps not, but it will certainly be interpreted as such by the government of Quebec, and possibly by other provinces. Ottawa's absolute discretion in choosing members of the Supreme Court has long been considered a flaw in Canada's federal system. Peter Hogg, the country's foremost expert on constitutional law, summarizes the argument in this way: "The court serves as the 'umpire of federalism' and it is inappropriate that the judges should be selected by only one of the contending levels of government."

Constitutional deals reached in Victoria (1971), Meech Lake (1987) and Charlottetown (1992) all contained provisions to give the provinces a substantial role in the selection of Supreme Court justices. That part of those federal-provincial agreements was not controversial; it just made sense.

A constitutional agreement is not needed to achieve better balance. All that's required is that the federal government decide that the process currently being followed in the aftermath of the Nadon imbroglio will be the rule from now on. If the Prime Minister goes down this road, the damage done to the Supreme Court by his recent words and deeds will be repaired. Better still, the legitimacy and credibility of the court will be heightened, especially in Quebec. 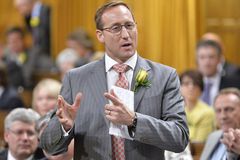 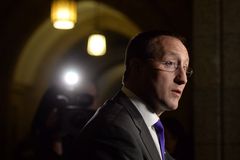