We are a few weeks away from the tenth anniversary of the Ontario Liberal government's landmark passing of the Greenbelt Act.

This act enabled the creation of the world's largest permanent greenbelt, which now protects about 7,200 square kilometres of land surrounding the Greater Toronto Area from urban development – an area larger than Prince Edward Island. The government claims that the Greenbelt supports healthy communities across the greater Golden Horseshoe by curbing urban sprawl and preserving natural heritage. Linda Jeffrey, now mayor of Brampton, explained earlier this year that the Greenbelt "supports our plans for a prosperous and sustainable Ontario" and that it "is one of the greatest contributions our generation has made to the future of Ontario."

Such strong rhetoric might lead us to assume that the legislation is delivering overwhelmingly and unquestionably positive results. However, the benefits of greenbelt policy are widely questioned. Referring to the 13 per cent of England that is greenbelt-protected, Paul Cheshire, emeritus professor of economic geography at the London School of Economics, writes that "the unstoppable damage [greenbelts] do to societal fairness, housing affordability, the economic efficiency of our cities, even the environment, is devastating."

Consider two facts: 1) the population of the Greater Toronto Area is seeing unprecedented growth; 2) through the implementation of Greenbelt legislation, the supply of land is being severely restricted. Basic supply and demand economics will tell you that if demand increases dramatically and supply is limited then a shortage occurs and prices will rise. In 1991 the population of the GTA was 4.2-million; in 2001 it was 5.1-million, and by 2011 it was estimated to be 6.1-million. The provincial government projects that the area's population will tip 8.9-million by 2036.

Meanwhile, Greenbelt legislation has been introduced, premised on controlling the GTA's urban growth boundaries. This, along with municipally-enforced density and height restrictions, heritage building protections and NIMBYism, impedes any effort to balance the supply of housing stock with demand. The result of this imbalance has been extreme and it is highly visible: hyper-development and Manhattanization of the downtown core, rapid gentrification of neighbourhoods, severe overcrowding of the transit system, and skyrocketing rents and property values.

The Toronto Real Estate Board reports that average property sale prices in Toronto are 68 per cent higher than they were in 2005. The average price of a detached home in the GTA is now $700,000, in the City of Toronto this number is nearer to $900,000. Even condo sales in Toronto are averaging $380,000. Property owners, including many of Canada's wealthiest, are laughing their collective way to the bank.

But not everyone is benefiting. As prices skyrocket, first-time buyers are finding it increasingly difficult to access the market (The Bank of Montreal reports that a typical Toronto family now has to spend 42 per cent of family income on mortgage payments for the average bungalow), and huge polarization is forming between the price of single-family homes and condominiums – restricting mobility within the market. Aggressive gentrification is resulting in the poor being pushed out of their neighbourhoods into the less-desirable periphery and, not surprisingly, the demand for affordable housing is huge. The Ontario Non-Profit Housing Association states that in 2013, 91,000 Toronto households were waiting for affordable housing. In addition, wait times for subsidized housing were 8.39 years in Peel, 7.57 years in York, and 6.67 years in the City of Toronto.

The provincial government's first 10-year review of the Greenbelt Act is now due. However, it seems as though Queen's Park has already concluded that the Greenbelt has been a unanimous success. In 2008, only 3 years after implementation of the Greenbelt and a full 7 years before its first review, the Liberals released criteria for expanding it. This document outlined the process by which municipalities could add land to the Greenbelt, while also stating that "reductions or deletions to the Greenbelt area will not be considered." One has to wonder if there is any point in the review at all.

Regardless, it will be done in consultation of a government-appointed Greenbelt Council, comprised of a hand-picked team of environmentalists and supporters of the Greenbelt. It seems extremely likely that this will be a review focused on the conservation of green space and protection of idyllic private country estates, rather than the broader consequences the legislation has inflicted upon the region and its population to date.

There are many benefits to the provision of open spaces across the Toronto region: preserving natural heritage, supplying recreational space, providing clean air and water systems, and supporting the existence of farmland (although this claim is seriously questioned by some local farmers), to list a few. However, social equity is fundamentally important to our region and a healthy balance of these objectives is crucial. As with any government legislation, we must challenge the idea that Ontario's Greenbelt is flawless and encourage debate. 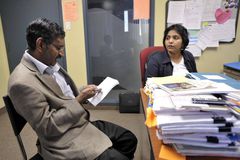 In Toronto, even a house with a blemish is a hot seller these days
November 20, 2014 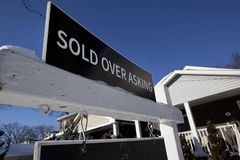