Jennifer Keesmaat is the chief planner of Toronto. She tweets @jen_keesmaat

Canada is a suburban nation, with nearly two-thirds of its citizens now living in the outskirts of our cities. But it is unlikely that our next wave of development will resemble the last. After half a century of sprawl our focus – for a few simple reasons – has to turn back to creating urban, walkable places.

First, it turns out that we are not as rich as we once thought. Low-density communities built only for houses are expensive to service and maintain, and have succeeded as a desirable form in part because the full cost associated with such development has not been readily accounted. As Pamela Blais argues in Perverse Cities, mispricing creates hidden subsidies and incentives that inadvertently promote inefficient development that hurts the municipality over the long term.

While buyers gravitate to new suburban developments precisely because they are affordable and offer a high quality of life, municipalities have discovered that they are left holding the bag for infrastructure investments that are costly to operate and maintain, when calculated on a per capita basis. The monies required to provide municipal services – whether garbage collection or snow ploughing – are positively correlated to densities. Simply put, the higher the density, the lower the cost of providing the service. For municipalities feeling the fiscal crunch, low-density development is proving to be extravagant.

The cumulative effect of extensive growth in a period of rampant mispricing is a funding gap that we will off load on future generations, unless we act today. In the Federation of Canadian Municipalities' 2012 Canadian Infrastructure Report Card, where the extent to which other levels of government are taking too much out and putting too little back into local communities is documented, the cost of desperately needed replacement infrastructure – whether for water or roads – is $171.8-billion nationally. And this does not even take into account our transit investment deficit.

As municipalities seek new ways to plan and manage their municipal finances, big financing requests from higher levels of government always – rightly – top the list of funding strategies. However, more generous allocations of federal and provincial tax dollars should be tied to municipalities getting their own house in order, by demonstrating accurate pricing that supports sustainable development, thereby linking new monies to good fiscal policy. A progressive, incentive based approach could instantly and significantly shift our cities towards more sustainable forms.

But there is another reason why we must plan land differently. It also turns out that mowing the lawn on Sunday morning is, quite simply, passé. A recent report by TD Economics, Return to the Core, quantifies the extent to which a highly educated and highly skilled younger population is "trading the larger and (relatively) more affordable housing choices of their parents for proximity to transit, work, and amenities." It is this demographic that is driving the explosive and transformative growth in downtown Toronto, enriching the city with their creativity, innovation and entrepreneurialism, creating a hub of people all living in close proximity. Importantly, this cohort is also the future of our labour force, and for this reason, major employers such as Google, Coca Cola and Telus have followed them into the core.

To cater to this important cohort, our planning must become more strategic, disciplined and conservative by explicitly linking together investments in rapid transit with the potential for higher density development and access to employment and institutional uses. By doing so we create healthy, mixed use, walkable neighbourhoods that are sustainable – both fiscally and environmentally – over the long term. If the boom-echo generation wants to walk to work, the winners in the on-coming global competition for skilled labour will be those who plan communities that provide that choice.

So the key question becomes, if we are already a suburban nation today, and if we know that transitioning to more urban forms is essential, how do we get there? I believe it will be necessary to gently intensify existing built up areas, particularly along corridors and avenues, in order to generate the critical mass of people and uses necessary to capitalize on the investments already made in infrastructure and transit and to transform our single use suburbs into interesting, distinct places with a diversity of uses.

Ambitious? Yes. But we are past the days when public policy extols the virtues of sustainable development while at the same time facilitating sprawl on the false grounds of "market demand."

Restraint in our land use planning means paying better attention to detail by bringing uses in close proximity to each other, such that we achieve more from every penny of infrastructure investment whether for our roads, sewers or transit. While higher density development – such as the 6 to 11 storey buildings emerging along Toronto's Avenues – has the potential to do this, a sensitivity to high quality materials, design and the need for inspiring public spaces is essential if these places are to add value to existing communities, and if they are to become neighborhoods where people have a sense of belonging. I also believe we need to take planning for families in urban places more seriously, as was done with the development of Yaletown, in Vancouver, where 25 per cent of the condos were designated for families.

The uniqueness of the places that we continue to plan, design and build where we work, play and recreate, will be a key driver of our economic success as we seek to transition from a suburban nation to a truly urban one.

Our shared future prosperity is entwined with how we move people and goods from place to place both within and between our cities. And the way we plan our land either makes that costly, and a drain on our quality of life, our pocket books, and our economy, or serves to enrich us all. 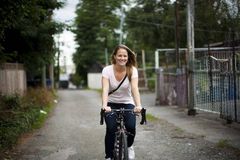 Have Your Say: How can we make the daily commute better for everyone?
March 17, 2014 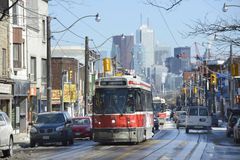 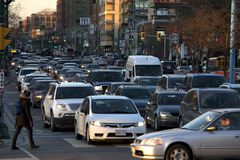