The Nadon appointment is part of Mr. Harper's longer-term strategy to make Canadian courts more deferential to government, sympathetic to victims of crime, skeptical of Charter protections and less inclined to "read" their own views into the law.

The government of Quebec intervened against the Nadon appointment, and the government's efforts to change the act, in a case brought by a Toronto lawyer. A rejection of Quebec's argument would land in the middle of the province's election campaign, and presumably be used by the Parti Québécois's ongoing effort to prove (wrongly) that the Supreme Court is always biased against Quebec.

When the Supreme Court heard the case, some of the justices asked skeptical questions of the Harper government's lawyers. The questions indicated some uneasiness with the appointment. The judges would never say so publicly, but they might have privately shared the views of those who, as more and more was known about Justice Nadon, became more opposed to a semi-retired judge with a modest track record being sent to the Supreme Court.

It would be unwise, however, to read any potential judgment into questions posed by judges. Whatever happens, the Nadon appointment has provided important insights into the Harper government and the process for appointing Supreme Court judges.

From the early days of the Reform Party, people such as Mr. Harper believed courts were political surrogates for liberal political attitudes. The "court party" was the description one political scientist of Reform persuasion gave the judiciary, the inference being that judges had a generally liberal agenda and used their rulings to push it.

Mr. Harper, first as a younger man and then episodically as Prime Minister, repeated variations on this theme. Justice Nadon's appointment is part of a wider pattern to reorient the judiciary in ways more pleasing to Mr. Harper and his ideology.

Another example is Vic Toews, the former justice minister and public safety minister, who just landed on the Manitoba Court of Queen's Bench. He would have passed through the judicial appointment advisory committee for Manitoba with three federal government appointees and someone from the police world among the members. He was obviously then approved by the federal government, since Mr. Toews had been the Harper government's point man for "tough on crime" measures.

Mr. Toews will bring those extremely conservative and highly contestable views to the Manitoba bench, which is presumably just fine with the Harper government that would like more of those views represented on more of Canada's courts.

A replacement for Justice Marshall Rothstein of Manitoba should not come from that province when he retires next year. Instead, Saskatchewan's turn is next among the Prairie provinces. But who can tell whether the rotation will be respected. What if Justice Toews becomes Mr. Harper's choice for the Supreme Court of Canada?

What the Nadon process has shown is that someone in semi-retirement, with no record of outstanding judicial or academic work, can get to the highest court in the land without Parliament, the bar or the law societies being able to stop the appointment.

In their smugness, Canadians always believed that no serious check was needed on prime ministerial prerogatives for Supreme Court appointments, unlike Senate confirmation in the United States. As a result, Canada has no procedure for seriously questioning, let alone blocking, a dubious or bad appointment – it was thought that no prime minister would make such a choice.

Now, we should understand that we were wrong.

Stakes are high with Supreme Court set to rule on Nadon
March 20, 2014 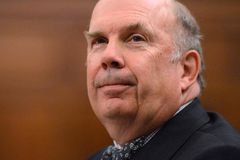