Beyond the burning barricades and the corpses in the streets, here are five big things at stake in Ukraine's insurrectionary drama.

The future of Ukraine as an independent state-nation

Intense violence inside a state, still falling short of civil war, can go two sharply different ways. It can tear the state apart, as in Syria and the former Yugoslavia. Or, if people join hands to retreat from the brink, it can weld a state-nation together, as in South Africa. A state-nation is one where a shared civic national identity is created by the state, as opposed to a nation-state, in which a single ethnic national identity is cemented by the state.

One reason that recent months have been so chaotic in Ukraine is that, despite being an independent state for more than two decades, it is neither a fully functioning state nor a fully formed nation. To use the English phrase "the forces of law and order" about what just happened in Ukraine is like saying "tea and sandwiches" to describe a hooch of vodka, gristle and blood. President Viktor Yanukovych is a thug, but an ineffective thug. Effective and disciplined security forces would not be shooting demonstrators to death almost at random one minute, then abandoning the same streets to them the next.

Similarly, Ukraine's administration, parliament and economy are nothing like those of a normal European state. They are infiltrated and manipulated to an extraordinary degree by oligarchs, camarillas and the President's family, also known as The Family. To give just one example: according to the Ukrainian edition of Forbes magazine, Mr. Yanukovych's son, a dentist, "won" 50 per cent of all state tenders in January – possibly the biggest dental extraction in history.

This, and militia brutality, is what many Ukrainians are so angry about, and what some have given their lives to change. But if Friday's deal – for a coalition government, constitutional reform to give the parliament back more powers, and a presidential election before the end of the year – can be made to stick, then these bloody days could yet go down in the history books as a decisive chapter on the path to independent state-nationhood. If not, further disintegration looms.

The future of Russia as a state-nation – or an empire

With Ukraine, Russia is still an empire; without it, Russia itself has a chance to become a state-nation. Ukraine's future is more central to Russia's national identity than Scotland's is to England's. Centuries ago, people who lived in the territory that is now Ukraine were the original Russians. In this century, the people who call themselves Ukrainians will shape the future of what is now Russia.

The future of Vladimir Putin

Konstantin von Eggert, an independent Russian journalist, has observed that the most important event in Russian politics over the past decade did not happen in Russia. It was the 2004 Orange Revolution in Ukraine. To Vladimir Putin's regime, that seemed to be the latest and most threatening in a 15-year wave of velvet or colour revolutions that had begun in Central Europe in 1989. So, with considerable skill and success, Mr. Putin's "political technologists" developed techniques to counter it.

But it didn't quite go according to plan. So, a fortnight ago, Mr. Putin and Mr. Yanukovych met in Sochi; last Monday, Russia released another tranche of the $15-billion; and on Tuesday, Mr. Yanukovych's militia started using live ammunition against the increasingly desperate and sometimes violent protesters. The fact that Mr. Putin was prepared to risk international blowback during his treasured Olympics shows how vital Ukraine is to him. Now, he has retreated tactically – but have no illusions that he will stop intervening.

The future of Europe as a strategic power

Just as Ukraine is not simply split East and West, so the geopolitical issue here is not whether Ukraine joins Europe or Russia. It's whether Ukraine becomes increasingly integrated into the political and economic community of Europe, as well as having a very close relationship with Russia. It is also whether the EU will stand up for basic European values on its own front doorstep, as it failed to do in Bosnia 20 years ago.

It is now clear that the EU miscalculated by delivering an "us or them" ultimatum last fall, without offering Ukraine desperately needed ready cash or a clear perspective of EU membership. In recent weeks, it has done much better, Friday's deal was a success for the personal diplomacy of the German, Polish and French foreign ministers. But does a weakened Europe have the strategic imagination and resolve for the long term?

The future of revolution

I have argued that, in our time, 1989 has supplanted 1789 as the default model of revolution: Rather than radicalization, violence and the guillotine, we look for peaceful mass protest followed by negotiated transition. That model has taken a battering of late, in Ukraine but also in the violent fall that followed the Arab Spring. If this fragile deal holds, however, and the fury on the streets can ultimately be contained, Europe might again show that we can occasionally learn from history. 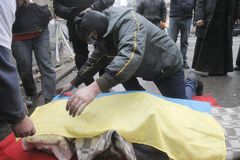 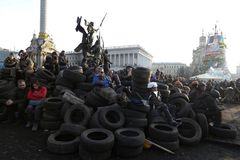