Peter McKnight is an adjunct professor in the School of Criminology at Simon Fraser University.

For the last 16 months, with fentanyl ravaging street-drug users across the country, more than 100 users at Vancouver's Crosstown Clinic have been quietly injecting prescription heroin. During that time, not one of the clinic's patients has received heroin laced with fentanyl. Not one has overdosed. And not one has died.

This is all the more striking when you consider that Crosstown's patients are among the most vulnerable of drug users. All are long-term heroin addicts, many have previously overdosed or suffered other serious complications associated with their drug use, and all have repeatedly tried and failed to get clean.

It's happened before. Trials in Denmark, Germany, the Netherlands, Switzerland and the U.K. all found heroin-assisted therapy more effective than methadone for those who previously responded unsuccessfully to conventional forms of maintenance treatment. And all of those countries have now officially adopted prescription heroin programs.

Canada, too, has produced solid evidence in support of heroin-assisted therapy. The North American Opiate Medication Initiative (NAOMI), the continent's first clinical trial involving prescription heroin, found that long-term, treatment-resistant addicts treated with heroin enjoy improved physical and mental health. It further discovered that they are more likely to remain in therapy and less likely to take illegal drugs and commit crimes than those treated with methadone.

The NAOMI trial was followed by the Study to Assess Longer-term Opioid Medication Effectiveness (SALOME) which, according to a recent paper, again demonstrated the effectiveness of heroin-assisted therapy for hard-to-treat patients. And it further found that injectable hydromorphone (the opioid painkiller Dilaudid) is effective at treating problematic heroin addiction.

The NAOMI and SALOME trials therefore provide us with strong evidence for two effective means of addressing hard-to-treat heroin addiction. And access to both heroin and hydromorphone is essential, since what works for one patient might not work for another. But access, as it happens, is the problem. Upon completion of the trials, participants were left to secure a source of pharmaceutical-grade heroin to continue their treatment, lest they return to street heroin, with all its impurities, including fentanyl.

Ordinarily, participants' doctors could receive heroin through Health Canada's Special Access Program (SAP), which provides access to otherwise unavailable drugs. But in late 2013, as SALOME was wrapping up, then health minister Rona Ambrose introduced amendments to make heroin ineligible for the Special Access Program. And this meant that it was back to the street for the most vulnerable drug users.

In response, Providence Health Care, together with Vancouver's Pivot Legal Society, launched a Charter challenge to ensure patients' continued access to heroin. And in May, 2014, the B.C. Supreme Court granted an injunction permitting SALOME participants to access heroin through SAP. So the former SALOME participants, who are now the patients at Crosstown, continue to flourish. Yet the vast majority of opioid users remain on the outside looking in, playing a game of Russian roulette with every needle they inject.

It need not be this way. The current federal government has done much to undo the damage occasioned by the previous government, especially with respect to drug policy. And it can continue that honourable work by ensuring that heroin is once again available under the SAP program, so that everyone who needs this life-saving medication receives it.

Now, that said, it's important to emphasize that not every opioid user needs prescription heroin. Yet if we commit to bringing heroin, and heroin users, off the street and into the clinic, then no user need ever again worry if the needle in their arm contains a lethal dose of fentanyl, or if this latest fix will be their last. 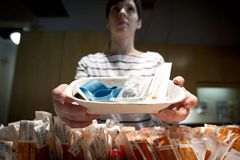 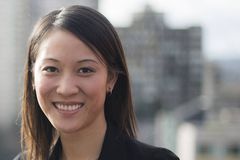 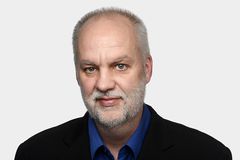