How can smart people be so dumb sometimes?

I don't know the ins and outs of the Mike Duffy Senate spending mess, because firstly, there are a lot of moving parts, and secondly, I live in Calgary – otherwise known as the 'real world' – and all the players in the Senate mess live in Ottawa, otherwise known as 'having no connection to the real world'.

Did Duffy live in Ottawa or PEI? Yawn.

Were cheques shuffled around between the PMO, the Conservative Party, the Royal Bank of Canada, and God knows who else?

Who knows, but 'follow the money' as the old saying goes.

Or as the Mob used to say when money is involved, 'Cui Bono?, the Latin saying for 'to whose benefit?'

And on it goes as an emboldened opposition and a newly re-engaged Press Gallery hammer a government suddenly and surprisingly on the defensive.

These Conservatives play offensive only. Defence isn't their game, and it's showing.

But for all the moving parts, there is one thing that is absolutely constant: e-mail.

What were all these people thinking as they committed their every thought, plan, option, strategy, complaint, opinion and next steps to an electronic paper trail that someday the authorities could use to unravel the whole thing.

On what was clearly a politically sensitive, potentially explosive decision to bail out a wayward Senator with cash, the e-mails were flying like confetti between the PMO, the Senate leadership, the Conservative Party grandees, the auditors, everybody's lawyers, and of course Mr. Duffy himself, carefully papering his demands, and thus his future defence.

Did nobody pause to reflect before they hit 'send'?

Now, I was in government once myself. As Yogi Berra would say, you could look it up.

And when we saw a bomb about to go off in our faces – and there were a few doozies – we reverted to two old fashioned tools.

One was called: The telephone.

As in, don't commit anything to paper, electronic or otherwise, that could, down the road, expose our strategy of how we diffused the situation. Just, call me.

I am not talking about covering up any illegality – because there was none – but I am talking about protecting the sometimes nasty tactics needed to fix a problem.

The other radical tool was: A face-to-face meeting.

As in, get everybody into a room and put it all on the table with no one taking notes. A shouting, screaming verbal slugfest to determine what happened, where we are now, and how we get out of it, with no written record that the opposition or media could use to their advantage once the storm passes.

Sorry if this isn't taught in Political Science 101, but it is the way it is.

Yet out in Ottawa, apparently people don't talk to each other, even if they are in the same office.

The strategy seemed to be: let's commit every crazy plan to get out of this in an electronic paper trail, even if the e-mail Bob was sending was to Dolores, who was only two doors down the hall.

"Hi Dolores, please find attached our latest outrageous plan to fool everybody. I would appreciate it if you would keep this in your inbox for future review by the investigating authorities when they call.

See you at lunch.

All of this nonsense got me to thinking about when the Alberta Government introduced its ridiculous Freedom of Information and Protection of Privacy Act (FOIPP) a dozen years ago.

Because the act officially sanctioned fishing expeditions by clever opposition researchers and inquiring media hounds, the smart people in the government stopped communicating by e-mail.

Bad for internal public policy development, but good for those who wanted to keep their jobs while serving the public.

They went back to those so-yesterday ways of communicating with their colleagues; a telephone call, a personal meeting.

Back to Ottawa now, where the disappeared e-mails from the PM's lawyer are now suddenly undisappeared.

Lord only knows what they contain, but it is a cautionary tale for both governments and those in the private sector: when sensitive issues arise, push back the keyboard, and pick up the phone.

Conservatives can’t rely on the economy alone – they need a broader agenda
May 11, 2018 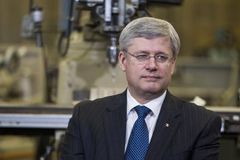 Some of the many unanswered questions in the Senate scandal
May 11, 2018 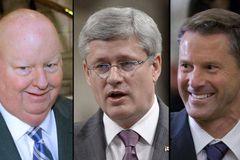 Opinion
Conservatives in trouble, with Harper as dead weight
May 11, 2018