Christopher Dummitt is chair of Canadian studies at Trent University.

Perhaps someone should tell prime-minister-designate Justin Trudeau that he just joined the ranks of the "culturally insensitive." Any attempt to erect a statue in his honour – and to those of other Canadian prime ministers – would be an insult to "cultural diversity."

That's the argument of a group of protesters at Wilfrid Laurier University in Waterloo, Ont., who want to stop the school's plan to place statues of every Canadian prime minister from Sir John A. up to Stephen Harper. The plan was set in motion before the Oct. 19 election, although presumably they would add one for our newest PM as well.

This isn't the first hiccup for the prime-ministers-in-bronze plan.

Initially, the life-size statues were to be erected in a park in Kitchener, Ont. When residents complained, the local citizens group behind the project shifted it to Wilfrid Laurier University (it is named after one of the prime ministers, after all), but here, too, the plan faces criticism. The protesters say that it would be offensive to place the statues "on land that traditionally belongs to the Neutral, Anishnawbe and Haudenosaunee peoples." The whole thing, they say, "is particularly offensive given Wilfrid Laurier University's publicized commitments to diversity and inclusivity."

On one point, the protesters are undoubtedly correct. The Canadian government's treatment of aboriginal peoples has often been abysmal. The record is rife with horrific mistreatment, disinterest and disdain. The history of native residential schools, about which we are becoming more familiar, is only the most egregious example of a complicated and shameful part of our past.

One of the great dilemmas Canada faces is that it is a successful, rich and (comparatively) tolerant country built on a history of dispossession. Facing this fact is a necessity.

But do we need to throw all of the prime ministers into the dustbin to do it?

Let's follow the logic of the anti-statue folks a bit further. If the bronze statues of the prime ministers would be shameful at Wilfrid Laurier, why not also on Parliament Hill? Perhaps we ought to take down all of the memorials to Canadian leaders there, too.

And why stop at prime ministers? After all, they were simply the elected representatives of Canadians. They did our dirty work. Should we go through our family photo albums and rip out the pictures of descendants who might have voted for them?

Why even stop in Canada? Perhaps the Americans should take dynamite to Mount Rushmore: The four white men depicted there are clearly not representative of American diversity. Perhaps the only president they should commemorate is Barack Obama, with an occasional nod to Abraham Lincoln.

We could even move to Europe and rip asunder British history, taking down statues of any English king after the Norman Conquest. Perhaps even the Anglo-Saxon place names would have to go as being culturally insensitive to the Welsh.

Once you begin, it is difficult to know where to stop. That is how moral puritanism works. Good intentions go awry.

History is complex. It isn't a place of good and evil, heroes and villains. If you are looking for this, go to see the new Star Wars movie in December. In reality, history is about encountering the moral ambiguity of human existence. One era's truths easily become the next generation's lies. Our prime ministers have been as human as the rest of us.

The great historian Frank Underhill once wrote about a biography of our most successful prime minister, Mackenzie King, that the book "makes you feel what an exciting, inspiring, disgusting, broad-minded, selfish creature a first-class politician really is." Good history is about facing up to all of this.

Ultimately, the statues of the prime ministers should be placed because they were the leaders of our country and are de facto important even if – and especially if – we don't like what they did.

It can be argued, in fact, that the proposed statues have helped the protesters by putting their criticisms into the news. And this is the essence of history: It is a conversation between past and present. It is dialogue that matters.

In the end, whatever a prime minister's record, the bronze statues should be built and placed outside in the open air, for all to view. One thing is certain, all of the prime ministers will receive the most ubiquitous of verdicts – delivered randomly by passing birds. 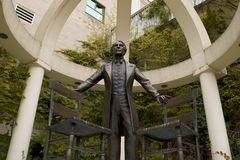 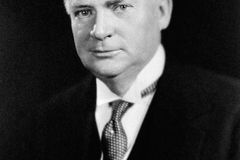 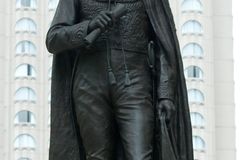