Adam Dodek is one of the founders of the University of Ottawa's Public Law Group and the author of the book The Canadian Constitution. He is currently a Visiting Professor at the Halbert Center for Canadian Studies at the Hebrew University in Jerusalem.

Sometimes the tortoise does win the race. Through his patient but dogged determination, Liberal MP Irwin Cotler has forced the government to reveal information on subjects ranging from consultations on the government's prostitution legislation, Aboriginal justice, human rights abuses in Iran and the civil war in Syria. Mr. Cotler has done this through the relatively obscure process of "Order Paper Questions."

Unlike Question Period, you will never see clips from "Order Paper Questions" on the evening news. That's because they are written questions that receive written responses by the minister responsible, within 45 days of when they are submitted. Not quite the sort of timely response that we have come to expect in a 24/7 social media age, but as Mr. Cotler has demonstrated, this slow but detailed process can yield real substantive answers about government actions.

Nowhere is this seen more than in Mr. Cotler's questions about the Supreme Court appointment process. Mr. Cotler has probed everything from the government's bungled appointment of Justice Marc Nadon to the fast-tracking of Justice Clement Gascon's appointment without following its own vaunted public questioning of the Prime Minister's nominee prior to taking his seat on the high court. As I have written previously, Minister of Justice Peter MacKay provided next to no explanation about why Justice Nadon was selected. In a comprehensive democratic audit on reforms to the Supreme Court appointment process over the past ten years, I concluded that the government had failed to deliver on its promise of increasing transparency about the appointment process. After a decade, we still had many unanswered questions. Some of these are now answered in the responses to Mr. Cotler's Order Paper questions.

For the first time, the government spelled out in writing the criteria for evaluation of Supreme Court candidates. The answers revealed that the "Supreme Court Selection Panel" prepared a Report with its recommendations and annexes which it submitted to the Minister of Justice. We have now also learned that all the working documents used by the Selection Panel Members were destroyed. And there is much more. For example, the Quebec Regional Minister (The Hon. Denis Lebel) was consulted on the list of potential candidates to fill the Nadon-Fish vacancy.

Perhaps most interesting politically is Mr. MacKay's response to the following questions: "is consultation with [the] Chief Justice a normal practice of selecting a nominee for the Supreme Court of Canada" and " what role is served by consulting with the Chief Justice"? Answer: "Yes. ... The Chief Justice is able to comment on the needs of the court and, at her discretion, on the expertise and suitability of individual candidates."

Parliament essentially has three primary functions: (1) to consider and enact laws; (2) to debate great policy issues of the day; and (3) to hold the government to account. (it also has the specific duty to approve all taxes and authorize government spending).

If our Parliament was ever a place where great debates took place, it has now been replaced by MPs reading scripted talking points. With majority governments, the process of considering and enacting laws is dominated by the government. Similarly, it becomes difficult for Parliament to hold the government to account. The joke in Ottawa about "Question Period" is that it's called Question Period and not "Answer Period" for a reason: MPs get to ask whatever questions they want, but government ministers or parliamentary secretaries don't necessary have to answer them.

Not so with Order Paper questions. They must be answered. And Mr. Cotler has learned how to master this arcane point of parliamentary procedure with flourish. His questions take the form of written interrogatories of the type that lawyers pose in lawsuits. In this, Mr. Cotler draws upon his vast knowledge and experience in the Canadian justice system and his tenure as attorney-general and minister of justice between 2003 and 2006.

In this age of cynicism for public institutions and public officials, Mr. Cotler has demonstrated that a single MP can indeed make a difference. The Harper government continues to preach the values of transparency and accountability while practicing secrecy and obfuscation. Mr. Cotler slowly and steadily pries information out of the government's hands, strengthening Parliament in the process. 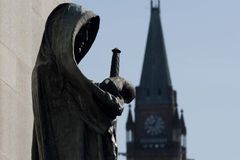 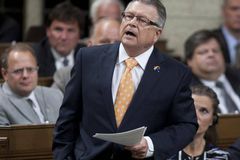