On Monday night, French President François Hollande stood outside Paris City Hall after what might euphemistically be called a very long day at the office. Hours earlier, he had dissolved his 147-day-old cabinet to quash a mutiny against his austerity policies.

In the throes of yet another political crisis, barely two years into his five-year mandate, the besieged President evoked Charles de Gaulle, whose memory naturally loomed large as Mr. Hollande addressed a ceremony marking the 70th anniversary of the liberation of Paris from the Nazis.

The cruel irony of Mr. Hollande's presidency is that he was propelled into the Élysée Palace in 2012 by vowing to break with the austerity orthodoxy sweeping Europe, only to become a lonely convert to the cause of tackling France's tax-and-spend addiction and competitiveness gap.

With a grandiose title (this is France, after all), Mr. Hollande's Responsibility and Solidarity Pact promised $59-billion in payroll tax cuts and lighter regulations for businesses in the expectation that they would hire more workers, especially young ones. Cuts in health and welfare spending were also announced to comply with a European Union diktat to reduce the budget deficit to 3 per cent of GDP by 2015.

The reforms faced a rocky ride through the National Assembly, where the Socialist majority initially balked at the austerity tilt. After the Socialists were routed in March's municipal elections, Mr. Hollande staunched a caucus revolt by naming a new prime minister and cabinet that he hoped would satisfy both the party's left-leaning base and its pragmatic centrists.

Instead, it set members of his government on a collision course. Mr. Hollande placed his faith in Prime Minister Manuel Valls, a 52-year-old Catalonian-born sparkplug who spurns Socialist ideology, to push through his reforms. But to placate the Socialist base, he also picked Arnaud Montebourg, a 51-year-old pillar of the dogmatic left, as Minister of the Economy.

On the weekend, Mr. Montebourg, who has advocated a "Made in France" industrial policy and favours even more state intervention, made what was either a power play or a death wish. He accused his own government of aligning itself "with the most extreme orthodoxy of the German right" and called Mr. Hollande's fiscal policies an "absurdity."

"The forced reduction of the deficit is an economic aberration because it worsens unemployment, a financial absurdity because it makes balancing the public accounts impossible, and a political disaster because it throws Europeans into the arms of extremist parties who want to destroy Europe," Mr. Montebourg told Le Monde.

It was a political bombshell that made Mr. Montebourg an instant hero among anti-austerians across the continent. But it also missed the mark.

France does not lack for fiscal stimulus. At 56 per cent of GDP, government spending is the highest among euro-zone countries and will remain there for the foreseeable future. Mr. Hollande's reforms are too fresh to be blamed for the country's stagnant growth, double-digit unemployment and missed deficit targets. In fact, they may be the only way to reverse the trend.

Mr. Hollande is almost universally regarded as a weak leader. But he deserves credit for standing his ground in the face of deepening unpopularity. He not only booted Mr. Montebourg from cabinet but appointed the 36-year-old architect of the responsibility pact to replace him. The new Economy Minister, Emmanuel Macron, already has the French media dubbing his policies "Macronomics" and speculating that more reforms are to come.

In yet another irony of the Hollande presidency, the formerly hostile business community is now rooting for him. But he risks losing his majority in the National Assembly if more Socialist deputies side with Mr. Montebourg, which could trigger early legislative elections. The second half of his term will be even harder than the first.

If Mr. Hollande has an inner de Gaulle, this would be the time to show it. 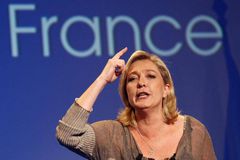