Robert Everett-Green is a feature writer at The Globe and Mail.

Quebec's French Language Charter (Bill 101) became law 40 years ago this month, and is seen by most francophone Quebeckers as a bulwark against the erosion of French in the province. A recent fracas over erroneous census figures, however, shows how flimsy this fortification may appear in the larger campaign against the Anglicization of everything.

Statistics Canada recently announced the 2016 census showed the number of Quebeckers speaking French at home declined from 87 to 86.4 per cent over the previous five years, and 78.4 per cent declared French their mother tongue, down from 79.7 per cent. It also reported the number of mother-tongue anglophones in Quebec had increased by 0.6 per cent.

These apparently minor changes got scant attention in English Canadian media outside Quebec, until Statscan announced a few days later that a computer error had skewed the figures, which in reality showed a tiny increase in French spoken at home – from 87 per cent to 87.1 per cent – and a similarly small decline in households where only English was spoken. In Quebec's francophone media, however, the days between the initial release and the admission of the error were filled with dire predictions of cultural extinction.

Mathieu Bock-Côté, a sociologist and columnist at Le Journal de Montréal, wrote that in the long term, Statscan's initial findings heralded nothing less than "the gradual disappearance of the Québécois as a people." The only remedies, he wrote, are a more extensive language charter, stricter immigration rules and an overarching determination that "French must not be optional in Quebec."

In Le Devoir, demographer Guillaume Maroie offered a detailed dystopian vision of French language extinction in Quebec by the year 2150. By that time, he wrote, only curses and place names will endure in French and they will be pronounced with an anglophone accent.

Parti Québécois leader Jean-François Lisée also called for a tougher language charter, and attacked the supposed indifference of Liberal Premier Philippe Couillard, who said in June that French was doing just fine. Other commentators replied that it was pointless to tinker with Bill 101, because the real peril was not to French as a public language, but to its vitality in the home.

These panicked reactions to erroneous data might look like a classic case of being spooked by shadows. But they also reveal the deep anxiety among francophones about the continuing viability of French in Quebec and to doubts about whether the language charter does all that it might.

Bill 101 mandates the use of French in workplaces, schools and offices of government. Before its passage, about 80 per cent of immigrants to Quebec educated their children in English; now, 80 per cent send their kids to French schools. That in itself counts as a remarkable success, but it doesn't ensure that a child speaking French in school will do so at the dinner table.

Knowledge of both French and English has increased in Quebec to about half the population, driving bilingualism in Canada to record levels. In English Canada, that looks like good news, but in Quebec, bilingualism is seen by many as a Trojan horse. The more broadly both languages are available, the greater the perceived risk that English will become the default choice. The desire to maintain a Québécois culture that lives, thinks and creates in French is under constant siege by the obvious advantages of understanding English.

The fear is that if French is optional everywhere, it is essential nowhere. The nightmare scenario is that it becomes inessential at home, at which point the whole game is lost.

Statscan's findings often influence policy; in this case, the agency's rare blunder has exposed a shift in debate. Concern about the public usage of French, which led to Bill 101, has been overtaken by worries about the more private relationship francophone Quebeckers have with their language. The question now is not just whether and when French is spoken in offices, retail stores and schools. It's to what degree francophones are determined, personally and politically, to keep their language at the centre of their own lives, and those of their children. 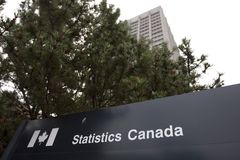 Opinion
We’re speaking more languages, but is our landscape more diverse?
August 8, 2017
Follow Robert Everett-Green on Twitter @RobertEG_
Report an error Editorial code of conduct
Due to technical reasons, we have temporarily removed commenting from our articles. We hope to have this fixed soon. Thank you for your patience. If you are looking to give feedback on our new site, please send it along to feedback@globeandmail.com. If you want to write a letter to the editor, please forward to letters@globeandmail.com.
Comments