According to what I read on Twitter, Jordan Peterson is among the most despicable men in the world. The formerly obscure psychology professor is a loathsome stalking horse for the far right. His aim is to seduce impressionable young men into joining his hateful anti-women, anti-trans, reactionary cult. Some people think he's flat-out dangerous. Others derisively denounce him as an anti-intellectual hack. "The stupid man's smart person," as he's been called.

These days the hack is riding high. His newly published book, 12 Rules for Life: An Antidote to Chaos, is high on the bestseller lists in both the U.S. and Canada . He's been written up in The New York Times, The Times of London and The Wall Street Journal . His lecture tours in North America and Europe are selling out. Millions of people have watched his YouTube lectures . A notorious television interview with British presenter Cathy Newman, in which he demolished her – or rather, she demolished herself – has been viewed more than six million times .

Even Mr. Peterson seems a bit dazed by his success. "It's like I'm on a very large wave, and that's, you know, really something, but mostly you drown," he told The Chronicle of Higher Education.

Is Mr. Peterson among the leading public intellectuals of our time, as the economist Tyler Cowen called him? Or is he just a jumped-up fraud?

In fact (as one of his admirers said), he's more like a frontier folk hero – someone who's not afraid to take on the bad guys and battle the forces of disorder and chaos. Many of his beliefs are perfectly unexceptionable – or would have been, until recently. He does not believe that women are systematically oppressed by men, or that Western culture is the source of all the world's ills, or that the idea of gender binaries is a vicious fiction. Only in a world dominated by identity politics would he be demonized as a dangerous reactionary. Still, he drives his critics into a frenzy. His debacle of a debate with Cathy Newman is a good example. She aggressively restated whatever he said to make it sound hateful, inflated and absurd. He kept his cool while she lost hers. She was obviously ill-prepared for his inconvenient barrage of logic and facts.

But Mr. Peterson is not the leading public intellectual of our age. He can be turgid. Much of what he says is not terribly original. A lot of it is a skillful summation of the science – not the science taught in gender-studies courses, but the science taught in evolutionary psychology. His strength is that he tackles important subjects in an accessible way. His views are publicly supported by the renowned social psychologist Jonathan Haidt, as well as by other scholars who are not flaming right-wing lunatics. Sometimes I think he exaggerates the threat that the postmodernist infiltration of the academy poses to the wider world. Will anybody really go to jail for refusing to use someone's preferred gender pronouns? I think not. And yet, he's got a point. For example, the current zeal to appease unhappy teenage girls with gender dysphoria by turning them into boys – complete with hormone treatments and mastectomies, is a direct consequence of the postmodern notion that choosing your own gender identity is an inalienable right, no matter what your age, and is not to be questioned by concerned parents or anybody else.

Mr. Peterson's new book is neither outrageous nor entirely original. What self-help book is? It arose from his belief that today's floundering young men are begging for guidance in how to find their purpose and grow up. It's organized in chapters that start with rules, such as: "Stand up straight with your shoulders back," and "Pursue what is meaningful (not what is expedient)."

One of his biggest advocates is Norman Doidge, a fellow professor at the University of Toronto. Mr. Doidge, the highly respected author of The Brain that Changes Itself and other books, also wrote the foreword to this one. Mr. Peterson's book, he writes, "meets a deep and unarticulated need." The reason is that millennials have been brought up with almost no practical advice about how to live. They've been told that "there is no real good, and no true virtue," and that morality is no more than a matter of personal opinion. At the same time, they've been bombarded by rants from hyper-judgmental ideologues, who insist that Western civilization is hopelessly corrupt and evil and incessantly tramples on people's rights. This book is meant to restore the place of morality, order, virtue, and rules in a world that claims these are bad things. The biggest rule of all is that before you can change society, you must take responsibility for your own life.

Depending on your point of view, this message will strike you as either populist, reactionary or simplistic. But judging by the ardent response, Mr. Peterson has hit a nerve. Many people – especially young men – swear he's changed their lives. And many academics secretly applaud what he has to say about free speech and much else. If this is awful, bring it on. 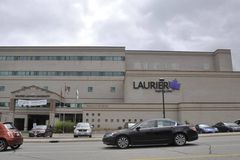 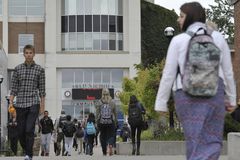