Canada is about to face its second court challenge over restrictions on private health insurance when Dr. Brian Day's case appears before the courts in September. It is true that there are examples of jurisdictions that value universal health insurance coverage and also allow private insurance – the U.K. and Sweden would be two examples. But it is important to note that although these countries, among others, may allow for private insurance, they still have many of the same problems with their health care system that Canada does.

A recent review of the economic evidence on the effects of private insurance on public health care systems that I wrote with Matt Townsend for the Encyclopedia of Health Economics suggests that there is little evidence for many of the benefits that advocates of private insurance claim will occur for those who do not make use of the private system, such as shorter wait times or lower public costs.

The first thing to note is that very few people in most countries purchase private insurance for care covered in the public system. In the U.K., for example, it is less than 10 per cent, and in Sweden, is it less than that. For the remaining 90 per cent plus of the population, the weight of the evidence suggests that private insurance provides little benefit for the rest of the system.

Over all, those systems that have private insurance have had to continue to grapple with issues of costs and access, much as we do here in Canada.

What is slightly more exceptional about the Canadian system is how it continues to promote inequality through two accidents of history. First, the evolution of our system from a system of mostly private insurance to one that focused on public insurance, first for hospital services, then doctors services, has left large holes in both coverage and financing. We continue to exclude prescription drugs from our basket of medically necessary goods.

Secondly, we continue to allow for regressive subsidies through our tax code for employer provided health insurance. When we receive insurance through an employer we don't pay tax on the benefit the way we do with wages. It's a lot of money – more than $3-billion a year. And people in the highest tax bracket (29 per cent plus provincial taxes putting people in most provinces over 40 per cent) save more than 40 cents on each dollar of health insurance they receive from their employer. People in the lowest tax bracket get less than half of that per dollar, making it a very regressive subsidy that contributes to inequality in this country.

We are more like the U.S. than the rest of the world in these respects, except that the Affordable Care Act (Obama Care), despite its flaws, aims to provide a much more comprehensive basket of medically necessary goods, including both prescription drugs and mental health treatment when required, and takes steps to counter the inequalities generated by unfair tax subsidies. These are first order problems with the Canadian system that need to be fixed.

International comparisons can't provide all the answers to the woes in Canada's health care system, but they can show us where there are similar problems even among differing health care systems. Those countries with two-tier health insurance still manage to provide a reasonable quality of care for their citizens, but they continue to face many of the same challenges we do.

To really improve our health care system we'll have to look beyond simple solutions that other nations have shown don't really work. Focusing on reducing the ways in which our system contributes to inequality would be a good place to start.

Mark Stabile is an expert advisor with EvidenceNetwork.ca, Director, School of Public Policy and Governance and Professor, Rotman School of Management, University of Toronto and a Fellow at the Martin Prosperity Institute. Follow him on Twitter @StabileMark 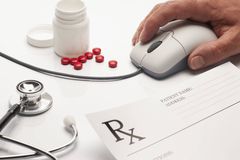 Opinion
Why our health care system works for Canada
March 24, 2014 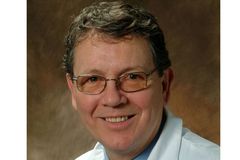 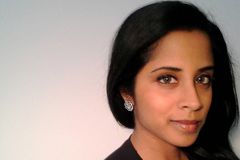