Canadians like to think we know our American neighbours well, and it is not without a certain amount of smugness that we tend to size up what we see as Americans' shortcomings. One of the most enduring comparisons has been in the area of health care, and yet this is an area in which Canadians and Americans barely understand each other. For every Canadian misperception that the U.S. is a purely privatized health care system, there is an American accusation about "socialized medicine" in Canada.

There is no doubt that health reform debates are based in some measure on perceptions held by Canadians about the U.S. health care system, and those held by Americans about Canada; and these perceptions, whether or not grounded in evidence, end up having significant impact on health policy makers in both countries.

As researchers interested in the study of both public opinion and health policy, and given the importance of opinion on policy-making in the two countries, we set to find out, in as precise a way as possible, what Canadians and Americans actually think about each others' health care system and about health reform; and, furthermore, why they hold these views.

We decided to run an extensive – indeed, the most extensive of its kind ever undertaken – cross-national opinion survey of more than 7,000 individuals from the U.S. and Canada. We asked people on both sides of the border about their own health care system and then about each other's system as well. We asked them about their satisfaction regarding their own health system performance, about their attitudes toward health reform, and about their impression of their neighbouring country's system.

We found that both Canadians and Americans are concerned with issues of access. For Canadians, concerns revolve around wait times (equal but slow access). Americans expressed much more concern about financial inequalities in access to health care. These differences are as we should expect, of course: there are different trade-offs in a Canadian model that provides universal coverage, and an American model in which access and income are linked. But what the average Canadian and American wants from health care policy is in some ways not very different.

There are other important differences between the two countries, however. Canadians exhibit moderate levels of concern about health care performance, but there appears to be a broad consensus in the basic principles of the health care system. Americans, meanwhile, are deeply divided about the fundamental principles the system rested upon. In their attitudes toward health reform, Canadians hold their political leaders to account; attitudes in the U.S., on the other hand, are more wrapped up in larger ideological attitudes about the role of government. Put differently: American attitudes towards health care are powerfully coloured by partisanship. In Canada, this isn't the case, at least not yet.

As for cross-national perceptions, Canadian views of the U.S. are largely negative, while American views of the Canadian system are on the whole relatively positive. Indeed, in the eyes of both Americans and Canadians, the main advantage in Canada is the ability to twin affordable care with universal coverage. This is not to say that no Canadians see advantages to the U.S. system. Canadians who hold a positive opinion of the American health care system tend to support a greater role for the private sector in Canada – a reaction, in large part, to concerns about access to care (i.e., wait lists) in a public system.

The results of our research provide some food for thought for the future. We find that "rational publics" in both countries base their opinions on health system performance and delivery, and on a range of perfectly reasonable concerns and well-informed observations. Publics are informed about health care; and attitudes can thus have an important impact on policy direction. Knowing more and more about each others' systems may well lead to some form of convergence. That said, given the state of opinion and pace of reform in the U.S., convergence will be driven more by change in the American health care system than by change in Canada. 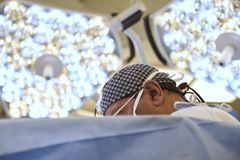