Arthur and Tina come from Nottingham. The couple wear the English retirees' uniform of polar-fleece jackets and polo shirts, and enjoy the postretirement life of tea, fish and chips, and evenings at the pub. Like many seventysomething Britons, their pub has a stucco exterior and a lot of palm trees, since they live in Torrevieja, a city on Spain's Costa Blanca that is almost entirely populated with British emigrants. You can go for days in this part of Spain without hearing anything but English.

The BBC's Radio 5 caught up with Arthur and Tina the other day, to ask how they'd be voting in the June 23 "Brexit" referendum. The citizens of the four-nation country formally known as the United Kingdom of Great Britain and Northern Ireland will be asked whether they should remain members of the 28-country trade and political bloc known as the European Union.

"I think we should come out," Tina said: She is an "outer," who wants Britain to leave the EU. The reporter asked why. "Immigration, mainly," she said. "There's too much immigration. Somebody's got to say no."

There, in a sentence, is the comic absurdity of this vote, and is David Cameron's nightmare. The British Prime Minister promised to hold this bizarre referendum a year ago, in the runup to last year's general election, because he believed that no significant number of Britons would vote against an arrangement that is so central to the basic fabric of the country. Polls showed that any EU referendum would produce a clear "remain" victory, and all the major parties favoured membership. On that assumption, he agreed to hold the referendum – but to lead the fight for the "remain" vote – in a bid to win votes away from the single-issue, xenophobic U.K. Independence Party (UKIP).

It turned out he didn't need to do that: In the May 7 election, UKIP fizzled into single-seat irrelevance and Mr. Cameron won his Tories a strong majority not by appeasing isolationist right-wingers, but by winning over moderate Labour Party voters with promises such as a living wage.

As a result, he was stuck with a referendum that he knew must not be lost. He proceeded to blow it very badly.

A referendum, to be valid, needs to ask a basic existential question that every voter understands and that produces a clear result. Britain's relationship with Europe is not at all like that. Every aspect of the country's life is so tied up with its EU connections, in such complex and inextricable ways, that any yes-or-no question is bound to become entangled in noise and distraction. The European Union is part of the country's economic and political plumbing. It makes as much sense as holding a referendum on whether your country should have a court system, or a sewage system: People will vote on whether they think judges are politically biased, or whether they enjoy the smell of excrement.

Tina from Nottingham is the perfect example. She is one of two million British people who take advantage of their right to live full-time, work and use social-service and health benefits in the 27 other EU countries. Almost exactly the same number of EU nationals, two million, live full-time in Britain, most of them younger people who come to work. This exchange of government-service-dependent elderly people for tax-contributing younger people is one of the many European entanglements that quietly keep Britain's economy from failing. EU neighbours collect Britain's garbage, provide its drinking water, operate its Underground trains and, notably, buy most of its products.

This should have been easy enough to point out. But Mr. Cameron, in what may be the worst political miscalculation made by any leader in modern Europe, fumbled the ball very badly. He has made a weak case; Labour Opposition Leader Jeremy Corbyn, who used to rail against the EU as a right-wing capitalist plot, has made an even weaker one. Charismatic anti-Europe figures such as London Mayor Boris Johnson have seized the spotlight, and their cause, despite lacking any sensible argument, now has an even chance of prevailing.

A "leave" victory would not destroy Britain – the country would eventually be able to negotiate similar relationships outside the EU. But it would be a difficult process that would dominate the country's politics for years, cripple economic and political relations with 27 other countries, and make many things much more difficult and expensive, without any upside. Mr. Cameron would be remembered as a politician who, a year after his greatest electoral victory, used the most cynical whim to plunge his country into chaos and destroy his political legacy.

Opinion
A Brexit would threaten the future of the EU
February 22, 2016 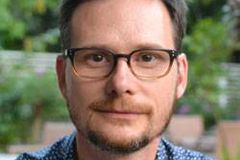 Opinion
Europe may be failing Syrian refugees, but Canada shouldn’t boast yet
March 17, 2016 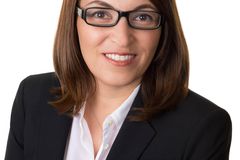