Brahma Chellaney is a geostrategist and the author, most recently, of Water, Peace and War.

There is a tongue-in-cheek saying in America – attributed to Mark Twain, who lived through the early phase of the California Water Wars – that "whisky is for drinking and water is for fighting over." It highlights the consequences, even if somewhat apocryphally, as ever-scarcer water resources create a parched world. California is currently reeling under its worst drought in modern times.

Adequate availability of water, food and energy is critical to global security. Water – the sustainer of life and livelihoods – is already the world's most exploited natural resource. With nature's capacity for providing renewable freshwater lagging behind humanity's current rate of utilization, tomorrow's water is being used to meet today's need.

Consequently, the resources of shared rivers, aquifers and lakes have become the target of rival appropriation plans. Canada, which is the Saudi Arabia of the freshwater world, is fortunate to be blessed with exceptional water wealth. But more than half of the global population lives in conditions of water distress.

The struggle for water is exacerbating effects on the earth's ecosystems. Groundwater depletion, for its part, is affecting natural stream flows, groundwater-fed wetlands and lakes, and related ecosystems.

If resources like water are degraded and depleted, environmental refugees will follow. Sanaa in Yemen risks becoming the first capital city to run out of water. If Bangladesh bears the main impact of China's damming of River Brahmaputra, the resulting exodus of thirsty refugees will compound India's security challenges.

Silent water wars between states, meanwhile, are already being waged in several regions, including by building dams on international rivers and by resorting to coercive diplomacy to prevent such construction. Examples include China's frenetic upstream dam building in its borderlands and downriver Egypt's threats of military reprisals against the ongoing Ethiopian construction of a large dam on the Blue Nile.

The yearly global economic losses from water shortages are conservatively estimated at $260-billion. Water-stressed South Korea is encouraging its corporate giants to produce water-intensive items — from food to steel — for the home market in overseas lands. But this strategy is creating problems elsewhere. For instance, a South Korean contract to lease as much as half of all arable land in Madagascar — a large Indian Ocean island-nation — triggered a powerful grassroots backlash that toppled the country's democratically elected president in 2009.

Unlike mineral ores, fossils fuels, and resources from the biosphere such as fish and timber, water (unless bottled) is not a globally traded commodity. But the human population has doubled since 1970 alone, while the global economy has grown even faster.

Lifestyle changes have become a key driver of water stress. In East and Southeast Asia, for example, traditional diets have been transformed in just one generation, becoming much meatier. Meat production is highly water-intensive. If the world stopped diverting food to feed livestock and produce biofuels, it could not only abolish hunger but also feed a four-billion-larger population, according to a University of Minnesota study.

Compounding the diet-change impacts on the global water situation is the increasing body mass index (BMI) of humans in recent decades, with the prevalence of obesity doubling since the 1980s. Obesity rates in important economies now range from 33 per cent in the United States and 26.2 per cent in Canada to 5.7 per cent in China and 1.9 per cent in India. Heavier citizens make heavier demands on natural resources, especially water and energy. A study published in the British journal BMC Public Health found that if the rest of the world had the same average BMI as Americans, it would be equivalent to adding nearly an extra billion people to the global population, with major implications for the world's water situation.

The future of human civilization hinges on sustainable development, with water at the centre of that challenge. The world can ill-afford to waste time – or water – to find ways to avert a thirsty future.

Opinion
These Manitoba floods are just the beginning. We need to prepare for worse
July 2, 2014 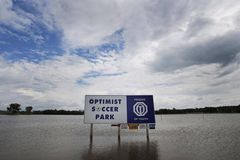 Opinion
This lowly fern has massive green potential
May 30, 2014 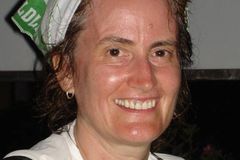