The Calgary police announce three murder charges, a loving family is plunged into fathomless grief, and an empathetic nation feels heartsick. As we struggle through the transition from hoping to coping, a lingering issue is doubtless on the minds of many. How could the police lay murder charges without first locating the victims? And how could such a charge possibly succeed in court?

I am one of the few lawyers in Canada who has successfully prosecuted a first degree murder case without a body. And with a comprehensive police investigation laying the foundation of the case, it is not the impossible task it might seem. There are three ideas that are key to success, around which the police and prosecution must build its case.

First, remember who is making the decision in a murder case. Almost without exception, murder cases are tried by a jury. Simple math tells us that the 12 jury members, depending on their ages, will have between three and seven centuries of combined life experience to draw upon when weighing the evidence. That is a very deep pool of wisdom, and it is the finest and most enduring feature of our jury system. This profusion of wisdom means the jury will understand that bad things don't happen because of malevolent pixies or alien abductions. They happen for terrible reasons, tragic reasons, but reasons that are accessible to human understanding. The goal then, quite simply, is to provide an explanation for both the crime and the missing remains that makes sense.

On a sunny winter morning, you look out your window at your favourite evergreen tree, in a sparkling expanse of fresh-fallen snow. In the snow to your left, a line of rabbit footprints leads up to the tree. You cannot see through the thick evergreen branches to what is behind the tree, but leading away from the tree on your right is another line of rabbit footprints. From this evidence, your conclusion is instantaneous, and confident. Sometime recently, because the snow is fresh, a rabbit ran through the snow on the very path made by the prints. And while you cannot see behind the tree, you are supremely confident that behind that tree are more rabbit footprints. That is the power of circumstantial evidence. It is accessible to almost everyone, and can allow us to know, with great confidence, a truth we cannot see with our own eyes. In a murder case without a body, the prosecutor must harness the considerable power of circumstantial evidence to help the jury understand a tragic death that cannot be seen directly.

The third key to success in a murder case without a body is to eliminate alternative explanations for the disappearance. People disappear without a trace for a very limited set of reasons: elopement, kidnapping, suicide and murder. If you convincingly eliminate elopement, kidnapping and suicide, the jury will themselves eliminate the malevolent pixie and the alien abduction theories, and you will be left with murder.

Eliminating the alternatives is a matter of focusing on particularly telling bits of circumstantial evidence before, during and after the disappearance. Let's look at some examples in each of these categories. People planning on eloping permanently will of course need everyday things like bank accounts, credit cards and drivers' licences. So if someone has disappeared without closing their bank accounts, and has left their wallet behind, they have not eloped. Likewise, an absence of mental health struggles and the absence of an acute personal setback before the disappearance will often eliminate suicide.

In the dark and despairing aftermath of a tragic disappearance, the absence of a loved one's remains means more pain flowing from the lack of closure. But the absence of remains need not frustrate the course of justice; because circumstantial evidence, and a comprehensive, common sense consideration of all the alternative explanations, can illuminate the truth.

Police charge Garland with murder in deaths of Calgary boy and grandparents
July 14, 2014 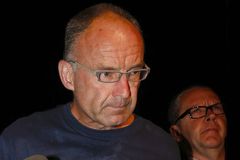 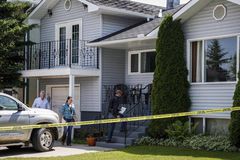