Canada desperately needs a broad and vigorous public discussion about why academic freedom is important, what might threaten it and how it should be protected.

Our universities are being squeezed. On one side, governments are capping and sometimes even cutting university funding, as much of the Canadian economy struggles through a period of low growth and high government debt that could last for years. On the other side, the public is insisting that universities show they're relevant – in particular that they deliver, rapidly and efficiently, practical solutions to our most pressing challenges, such as soaring health-care costs, long-term structural unemployment and the transition to a low-carbon economy.

Tuition fees alone can't cover the funding shortfall. So universities are responding by aggressively courting private philanthropy and by looking for more creative ways for donors to contribute. Some are building partnerships with like-minded non-academic organizations.

All the same, it's legitimate to ask how universities are ensuring that this flow of private money doesn't compromise the independence of their research and teaching. Free inquiry generates enormous public benefits. It's a key source of solutions, such as new medical and energy technologies, to our practical problems; these solutions in turn boost our overall prosperity. And as independent critical institutions, universities underpin the effective functioning of our liberal democracy. The free pursuit, creation and dissemination of knowledge is one of society's most important checks on the abuse of authority by powerful governments, corporations and other actors.

It's easy to argue that academic freedom is valuable. It's much harder to precisely define actions or circumstances that might threaten this freedom. Those who say there's a bright line between freedom and constraint are being either naive or disingenuous.

Constraints on freedom can be roughly divided into two categories. They can consist of either passive rewards or active coercion – in the vernacular, they're either carrots or sticks. Money targeted to support research on a particular topic is a carrot, as is a competition for a high-status position such as an endowed chair in a specific field. Even a mundane reward like a chance to attend a conference in an exotic place is a carrot that could shape the direction of a scholar's research. On the other hand, a threat by a funder to withdraw support if certain research data are published is clearly a stick, as is punishment meted out by a university administration in response to comments critical of the university's academic direction.

Canadians broadly agree that sticks are bad. But what about carrots? Here the story is murkier. It turns out that not just private but also public – that is, taxpayer-supported – funders have strewn carrots all over the landscape in an effort to encourage researchers and students to go this way or that. For instance, the federal agency that funds just about all Canadian social science and humanities research has five clearly specified "priority areas," including aboriginal research, the digital economy and northern communities. And the agency explicitly declares that proposals linked to a priority area have a higher chance of being funded.

It's silly to argue that this complex structure of incentives doesn't constrain academic freedom. Researchers studying soil microbiology, a topic that could have huge implications for future food security, are relatively less funded, and so have less freedom to pursue their particular interests, than those working on, say, technologies to treat toxic effluent from oil-sands production. And it also can't be convincingly argued that once researchers receive funding, they can pursue their research as they see fit. Funding usually needs to be renewed at some point, and a researcher who hasn't done what he or she originally proposed to do is likely to be out of luck in the next round.

Too often commentators and special interest groups (such as faculty associations) talk about academic freedom in absolute terms. It's described as a pure, transparent and universal principle that's either respected or not. Reality is far different. Academic freedom is a privilege negotiated with society. This privilege carries obligations and is inevitably limited.

Director of the Waterloo Institute for Complexity and Innovation and CIGI Chair of Global Systems at the Balsillie School of International Affairs in Waterloo, Ont.

Opinion
University quality was forgotten in Quebec's drama
May 9, 2012 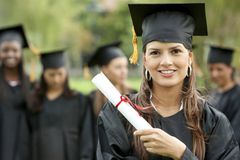