When I headed off to university back in the Stone Age, girls were still afraid of being called sluts. By the time I graduated, there was a worse label – "unliberated." It applied to girls who didn't have sex. And no one wanted to be that.

Sexual liberation – the idea that women are entitled to the same sexual agency and opportunities as men – is at the heart of feminism. It's great in theory. But for young women, it can be a disaster.

On many campuses today, hookup culture is the norm – especially for women who identify as feminists. Hookup culture decouples sex from commitment. It is thought to be practical as well as fun. It allows women to pursue their own interests and academic careers without the time-consuming burden of messy emotional entanglements.

There's just one problem. It makes them utterly miserable.

"The truth is that, for many women, there's nothing liberating about emotionless, non-committal sex," writes Leah Fessler, who should know. As a student at Middlebury College, an elite liberal-arts school in Vermont, she was like a lot of high-achieving girls – cheery and successful on the outside, an emotional mess within. When she did some research, she discovered that her feelings were virtually universal among the campus women, and also shared by many men.

Ms. Fessler's unsparing description of the sex lives of young feminists (Most Women Don't Enjoy Hookup Culture, published in Quartz) is bleak. In hookup culture, commitment is seen as not only unnecessary but uncool. You can sleep with a guy for months, but God forbid you should be seen having lunch together. "Per unspoken social code, neither party is permitted emotional involvement, commitment, or vulnerability," she writes. Young women are expected to ask for sex. But the one thing they can't ask for is intimacy.

Ms. Fessler convinced herself that her desire for monogamy was "antiquated." Yet she couldn't help longing for connection. "With time, inevitably, came attachment," she writes. "And with attachment came shame, anxiety, and emptiness. My girlfriends and I were top students, scientists, artists, and leaders … but the men we were sleeping with wouldn't even eat breakfast with us the next morning."

The sex was lousy too. "In retrospect, it's obvious that I was highly unlikely to have an orgasm with a guy who didn't know me or care to," she writes. Yet she blamed her sexual dissatisfaction on herself.

My first reaction to Ms. Fessler's essay was, Well duh. Meaningless sex with guys who don't care about you isn't all that fun. Who knew? But she deserves a break. As I recall, I and many of my friends also learned the hard way. We learned that although women may be equal to men, we're not the same – especially in matters of mating, sex and intimacy. Like it or not, our sexual feelings and behaviour are deeply gendered.

Feminist theory denies these differences exist, except as artifacts of the patriarchy. And so our smart young daughters grow up ignorant of the emotional facts of life – as ignorant in their way as their great-great-grandmothers were on their wedding nights.

I called Ms. Fessler (who graduated last year) to ask her about the sexual education of her generation. "Nobody ever talked to me about sexual pleasure or intimacy," she said, "or about the asymmetry between men and women." The sex ed she got in school was purely mechanical. No one ever told her that there's a significant difference between sex and, say, sneezing. She never learned that sex and desire and jealousy and passion are among the most primal forces in nature, that they are powerful and dangerous, and that they will rock your world in ways you cannot possibly control or even imagine.

I asked if she and her friends had learned anything about evolutionary psychology, which attempts to explain, among other matters, how male and female behaviour is affected by the fact that they have fundamentally different reproductive strategies. Females have always sought long-term commitment from males, because without it their babies would die. Men are inclined to seek more sex partners because, in reproductive terms, sperm are cheap and eggs are expensive.

Ms. Fessler explained that feminism treats these ideas as taboo. Feminists believe they were invented to oppress women. "It wasn't socially acceptable in university to rely on evolutionary psychology to explain human behaviour,"she said. "It was like eugenics."

So who had it worse – the generation before mine, when women's sexuality was denied, punished and repressed, or her generation, when sexual liberation and gender equality are a given? She paused for a moment. "On the surface everything is better," she said. "But emotionally, everything is more messed up."

Opinion
Truth is, sleeping around isn’t all that empowering
July 24, 2015 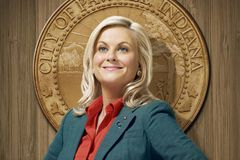