Leanne Nicolle is the president and CEO of Big Brothers Big Sisters of Toronto and former executive director of the Canadian Olympic Foundation.

The seemingly endless stories out of Hollywood this week from women bearing witness to Harvey Weinstein's abuse of power has left many of my female friends apoplectic. Have we moved the needle at all on this?

These women are part of the small group that know I am reliving a nightmare.

In the fall of 2015, I filed a formal complaint against the president of the Canadian Olympic Committee. The case was highly publicized, although I was never named.

I am the unknown complainant. Seven days after I filed my complaint, the president resigned from the COC in disgrace. Years of bad behaviour finally caught up with him.

Before I joined the COC in 2013, I had heard stories about the inappropriate behaviour of the organization's president. He must be some old guy lost in a historical era, I thought, but how harmful can he actually be? I persuaded myself that as a strong, professional woman, I could handle it. I was wrong.

Right through the Olympic Games in Sochi, I soldiered along, working crazy hours, trying to meet the president's expectations and doing good work for athletes. In the spring of 2014, the power dynamic changed due to several events, and that is when my interpretation could no longer be benign. He was the boss, I was not. He had followers. I did not. He was powerful. I was not. He could say and do whatever he wanted. I could not.

I equate the next few years to a death by 1,000 cuts: Not until I could not sleep without medication, until I was dependent on alcohol to get through my day, until I was a shell of my former self, did I realize that I was entirely broken by this man – and by those abiding by the omerta of the COC. I had to do something drastic.

My first instinct was to quit. I immediately met with a donor to let him know that I was done. I couldn't take it any more. He listened to my story intently. He said three things that gave me strength at a time when I could hardly speak without crying: "I believe you. This is not your fault. I will not let you fall."

Since I had recorded the incident history from day one, I did not have to rely on memory. I met with a lawyer who believed in me and took my case on. I filed a formal complaint to the Canadian Olympic Committee about the deplorable behaviour of their president. I was not financially motivated. I was not interested in personal glory.

I wanted a safe place to work.

The COC acted and my complaint instigated a formal review in which more than 100 people came forward to share their experience. The findings of the review by Christine Thomlinson stated that a majority of COC staff interviewed reported "experiencing or witnessing harassment (both sexual and personal) during the President's tenure, both inside and outside of the COC's offices."

The question I get most when people know or learn that I acted on this behaviour is "what advice would you give your daughter/sister/friend if she were experiencing sexual harassment in the workplace?" Unfortunately, my advice would be this: Document meticulously, record evidence, tell someone you trust, act in accordance with your company's harassment policy, and do not be motivated by anything that buys your silence.

As a mother of a teenaged daughter and the mentor of many young professional women, the advice I would like to be able to give women who are experiencing harassment is this: Know your value, speak up and know that you will be supported if you do. I could not possibly offer this advice today. In my depths of despair, I felt alone and strangely believed that this might have been my own fault. He had broken my confidence and I was scared to speak up because I did not have any indication that I would be supported by anyone at the COC if I did.

The other question that I get is from men: "What can I do to be part of the solution?"

I was very lucky to have a handful of men who not only encouraged me to stand up and be brave, but promised they would not let me fall.

You don't have to be a woman or have a daughter to be empathetic to the harm sexual harassment causes. I would offer this advice to my son: Collect the courage to listen, believe, and act. Dismantle this toxic boys club that has ruined too many lives. 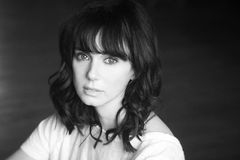