There is a world of difference between a local MPP hosting a few hundred constituents at a backyard fundraiser and the Premier having cocktails with a dozen corporate lobbyists.

Just a week ago, Ontario Attorney-General Yasir Naqvi was defending the latter in the name of the former, as if the Liberals' cash-for access scheme, under which top ministers sold face time to a handful of deep-pocketed donors, was the same as a backbencher flipping burgers for a crowd. Banning cash-for-access fundraisers, he implied, would drain the baby with the bathwater.

Now, by suddenly proposing banning any MPP from attending any political fundraiser, Mr. Naqvi has further exposed the depths of Liberal cynicism. Equating a backbencher's annual barbecue with the 150-odd cash-for-access fundraisers held by Kathleen Wynne and her senior ministers smears all politicians as crass influence peddlers.

The average MPP holding a $100-a-ticket potluck has little direct power and those who attend such events know it. They are there to support an individual and his or her agenda in an entirely legitimate manifestation of the democratic process. When the Energy Minister invites a few electricity-sector executives to a private dinner in exchange for thousands of dollars in donations, however, you know said executives don't show up to talk about the weather.

Everything about the Wynne government's handling of the cash-for-access scandal reveals its true colours. Elected on the strength of what Ontarians believed to be her honest and consensual approach, she has shown herself to be a political operator willing to go head-to-head in subterfuge, favouritism and manipulation with the best of them.

Her first line of defence when the cash-for-access scandal broke was to deny there was anything scandalous at all about charging half-a-dozen bank executives, whose institutions pocketed juicy fees on the sale of Hydro One shares, $7,500 each to sit down with the Energy and Finance ministers overseeing the privatization process. Just "part of the democratic process," she insisted.

In fact, cash-for-access as the Liberals practised it was a relatively new fundraising tactic, one they milked to the maximum. In the past, corporations typically made sure to donate equally to the Liberals and Progressive Conservatives, while unions gave generously to the NDP. Under the Wynne Liberals, corporate executives dependent on government business or policy were routinely solicited to attend intimate fundraisers with the Premier or one of her ministers. It took the definition of pay-to-play to new heights.

When the heat became too much to bear, the government introduced Bill 201 to ban corporate and union donations, and lower the amount individuals could give to parties and candidates. That the bill contained no ban on ministerial cash-for-access spoke volumes about how seriously the Wynne Liberals took the task of restoring their own credibility. Their primary objective seemed to be placing as few limits as possible on their Big Red Machine, hoping to defuse the scandal until the media got bored and moved on to other matters.

When the opposition parties sought to amend Bill 201 to outlaw ministerial cash-for-access, the government promised to slash the overall donation cap once again – to $3,600 annually – and boost a proposed per-vote subsidy for political parties, in effect entrenching the Liberals' current fundraising advantage.

That didn't fly either. Hence, Mr. Naqvi's attempt on Monday to turn the tables on the opposition by vowing amendments to Bill 201 to ban all MPPs from attending fundraisers. Riding associations, not just the central party office, will also be compensated with per-vote subsidies that lessen the blow to Liberal coffers. This if-we-can't-you-can't-either attitude on Mr. Naqvi's part amounts to punishing the entire political class for the Wynne government's own sins.

Perhaps Mr. Naqvi is hoping the opposition, recognizing the draconian nature and impracticality of a blanket ban on MPP-attended fundraisers, will back down on seeking to outlaw ministerial cash-for-access. On Monday, he offered such few details on how the blanket ban would work, it's clear the Liberals haven't thought through the unintended consequences of such a measure. Short-term damage control seems to be their prime motive.

The Wynne Liberals acted arrogantly in first insisting there was nothing unseemly about their shakedowns. Now, they're trying to equate them with backyard barbecues of a low-ranking backbencher. With the Liberals, it seems one sophism just begets another. 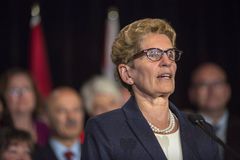 Kathleen Wynne is this close to ending cash-for-access. Don’t stop now
May 16, 2018 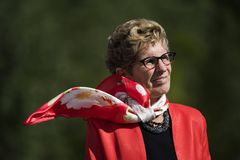 Opinion
Political finance reforms an insult to Ontario voters
May 16, 2018 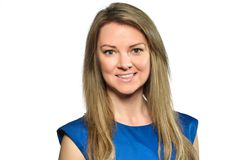