K. Sonu Gaind is president of the Canadian Psychiatric Association and an associate professor at the University of Toronto.

Do no harm. How do we square this guiding tenet with medically assisted death? Which is the greater harm – helping a person to end his life, or allowing continued suffering when he seeks death?

When it comes to mental illness, it is even more complicated. The 2015 Supreme Court decision emphasized the need to protect the vulnerable from seeking suicide at a time of weakness. Less clear is how we actually do that.

Mental illness can affect how a person thinks. Depression fuels negative self-thoughts, self-blame, hopelessness and struggling with one's place in the world. Negative events are dwelt upon and positive ones discounted, with emotional resilience lowered until mundane stresses seem overwhelming.

This is not to deny the real pain and suffering of mental illness, nor to imply that it invariably compromises clarity of thought. However, in severe cases, teasing apart how illness-based cognitive distortions can influence decision making is a formidable challenge. Heart disease might produce suffering but not necessarily alter thought processes; with depression, people often say they no longer feel or think like themselves.

This predicament could be moot if suffering continued indefinitely. The value of suicide prevention is not to stay alive with intolerable suffering, but to avoid ending life during a vulnerable period. Unfortunately, cognitive distortions can lead some to decline treatment and seek death, despite the prospect of a healthy future.

Remediability goes beyond biomedical symptoms. Social isolation, underemployment, poverty or lack of housing all have an impact on the suffering from mental illness. It may be more a societal question, but the question is, at what point are these irremediable? These concerns aren't academic: In the Netherlands, most of the people receiving a medically assisted death for psychiatric conditions cited depression and unresolved loneliness.

The Canadian Psychiatric Association has cautioned that there is no established standard of care in Canada for defining when typical psychiatric conditions are irremediable. We are not alone in struggling with this. I have spoken with leaders of psychiatric associations from Australia, New Zealand, the United Kingdom and the United States, and none is any further ahead at defining this.

This lack of standards is troubling for medically assisted dying assessments based on irremediability. As University of Michigan researcher Scott Kim recently warned the Senate committee looking into Bill C-14, lack of standards leads to clinicians basing decisions on personal beliefs rather than on sound medical science.

Bill C-14, the legislation to govern medically assisted dying, advises needing further study when mental illness is the sole criterion, leading some to charge discrimination. Such arguments are specious. The fight against stigma and discrimination includes appreciating that "equity" does not mean everything is "the same." Equity involves impartial and fair evaluation of situations. It is not discrimination for illnesses such as epilepsy to have reporting requirements about driving, for example; nor is it discriminatory to have dedicated parking spaces for people with disabilities.

Opening the door to assisted suicide for people with mental illness, involving inconsistent application of non-existent standards, would itself be discriminatory against this vulnerable population.

Consider the recent case in which the Alberta Court of Appeal ruled that a woman suffering from a psychiatric condition known as conversion disorder (which leads to unexplained physical symptoms) has a constitutional right to medically assisted death. The ruling emphasized that her suffering was from physical symptoms, noted that she was "not suffering from depression," and acknowledged the case's uniqueness, stating that each authorization for medically assisted death "is specific to that person and their unique circumstances" and "the antithesis of precedential." The court also noted that a psychiatrist who opined in the case had reviewed the woman's medical file "although he did not examine her," which again emphasizes the need for established standards.

In making the shift from a death-denying society to one that views death as another treatment option for illness, we must appreciate the nuanced differences leading to the common endpoint of death. Complex decisions without standards become value judgments or best guesses, and we should not be gambling with the vulnerable lives.

While modern realities may preclude absolute adherence to the "do no harm" principle, surely we should aim to do the least. 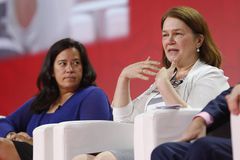 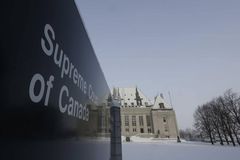 Opinion
Canada’s health-care system favours the cradle and ignores the grave
May 26, 2016