James Cohen is the director of policy and programs at Transparency International Canada, an anti-corruption organization headquartered at York University. Peter Dent is a former chair.

When we say that Statistics Canada got it wrong on how much real estate is owned by foreign buyers, we are not pretending that we could come up with a more accurate number.

Anyone who estimates the amount of foreign ownership of real estate in Canada will be wrong. Everyone will be wrong because in Canada, a foreign investor can pour money into Canadian real estate through a Canadian company they set up either federally, provincially or territorially, using a Canadian as a nominee director/shareholder/beneficiary, without disclosing the true beneficial owner.

Only 4 per cent of unknown property ownership was through offshore shell companies, which would count toward the government's definition of non-resident ownership.

Canada is one of the few G20 countries where real estate agents and developers are not required to identify the beneficial owners of clients buying and selling property. In addition, the real estate sector has been criticized by the Financial Transactions and Reports Analysis Centre of Canada (FinTRAC) for major deficiencies in money laundering controls.

We are not surprised that "real estate leaders" point to this study as proof of their claims that foreign ownership is not all that important. But they too are wrong, since foreign ownership of real estate in Canada cannot be measured. The Statscan study needs more robust scrutiny before it is relied upon as a basis for making policy decisions, and tougher rules around the disclosure of beneficial ownership in real estate transactions are required.

Canada continues to lag further behind international standards as the federal, provincial and territorial governments are not keeping pace with new standards being set across the Atlantic.

In the United Kingdom, where beneficial ownership of companies is already on a public registry, the government will propose legislation next year for a public register of foreign owners of property as part of the new National Anti-Corruption Strategy.

If foreigners want to buy property in Canada, then we all have a right to know who they are and the source of their funds and wealth. The Canadian government and public need a full picture on property ownership before we become an increasingly attractive target for "snow washing" illicit funds. But how big is the problem ... who knows?

Opinion
How boomers and their progressive policies squeezed millennials out of the housing market
December 19, 2017 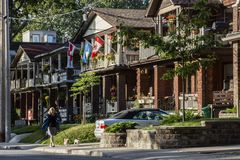 Opinion
No, Ottawa has not put forth a national housing strategy
December 4, 2017 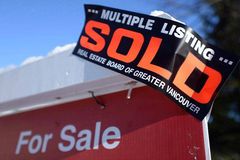 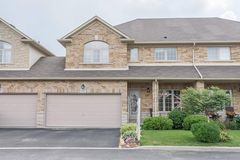